Antonios Sajih 'Tony' Mokbel (Arabic: طوني مقبل) (born 11 August 1965) is a Kuwaiti-born Australian criminal of Lebanese descent, who has been convicted for a number of offences, most prominently commercial drug trafficking. He is of Lebanese descent, but spent most of his life in Melbourne, Australia. Mokbel was a fugitive until his recapture in Athens, Greece on 5 June 2007. Operation Purana allege that he is the mastermind behind the Melbourne amphetamines trade. He has been linked to Carl Williams, as well as the killing of several victims of the Melbourne gangland war. He disappeared from Melbourne while on trial in March 2006, and was arrested by Greek police in Athens, Greece on 5 June 2007. Prior to his arrest, there was a $1 million bounty for information leading to his capture. According to Victoria Police, this reward still stands for the person who tipped off the police on his whereabouts.

It has been alleged that in late 2002 there was a meeting of more than 10 Melbourne organised crime figures in Carlton. At that meeting it is said that Mokbel was beaten, nearly to death, by Nik 'The Russian' Radev's bodyguard, Western Australian Troy Mercanti, who was a member of the Coffin Cheaters motorcycle gang. Andrew 'Benji' Veniamin was ordered by his then close associate, Dominic 'Mick' Gatto, to take Mokbel to a female doctor. In the following couple of weeks Mick Gatto was told that Veniamin and Mokbel became close allies.

He was reported to have paid convicted murderers, Keith Faure and Evangelos Goussis, A$150,000 for the murder of Lewis Moran, the 23rd victim of the Melbourne gangland killings. After an investigation by Operation Purana, Mokbel was charged with Moran's murder.

Mokbel was alleged to have laundered over A$2 million through At the Top of the Town, a high profile Melbourne CBD brothel which he purchased through a business associate. One of Mokbel's amphetamine producers also ran a brothel in the Melbourne south eastern suburbs whilst another Mokbel gang member who trafficked large amounts of drugs for Mokbel also ran a brothel.

Mokbel made every effort to avoid extradition to Australia. He has unsuccessfully made applications in Australia to cancel the Australian extradition attempt.

Lebanese authorities have foreshadowed making their own extradition request to the Greek courts. It is not known how Mokbel could have committed any significant crime that could be tried in or on behalf of Lebanon.

Greek authorities have indicated the serious nature of the charges to be faced in Australia would see extradition to Australia take priority over Greek prosecution of lesser fraud and corruption charges.

On 18 March 2008, the Supreme Court in Athens granted Australia's request for his extradition. The Greek justice minister's approval was obtained in May 2008.

On 17 May 2008, Mokbel arrived in Melbourne, Victoria, Australia, at Tullamarine Airport in a Gulfstream jet along with 8 Lebanese men. The cost of the jet drew some criticism, costing the state A$450,000, though the Victorian state intends to regain the costs from Mokbel's criminal earnings.

On 27 February 2012, it was reported Mokbel had suffered a mild heart attack in prison.

On 3 July 2012, Mokbel was sentenced in the Supreme Court of Victoria to 30 years with a minimum term of 22 years.

Mokbel is played by actor Robert Mammone in the Australian drama TV series Underbelly and Fat Tony & Co.. As the title suggests, Mokbel is the main character of the latter series. 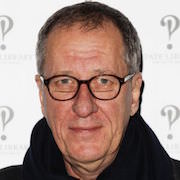