Meo was a schoolfriend of Jimmy White in Tooting, South London, and the pair regularly skipped school to play snooker together. At 17 Meo became the then youngest person known to have made a maximum break of 147. He turned professional in 1979. In 1980 he made his World Championship debut and was only defeated 10-9 by Alex Higgins.

In 1984, Meo reached the final of the Classic, facing his World Doubles partner and world number one Steve Davis. The match went to the deciding frame, and Meo only needed to clear the colours to win the title, but missed after being distracted by a shout of encouragement from a spectator. Davis went on to win the frame and match, and used his winning speech to call for an audience ban on alcohol.

With Davis, Meo won four World Doubles titles, and was also part of the victorious England team at the 1983 World Team Classic. His only ranking title came at the 1989 British Open, beating Dean Reynolds 13–6 after beginning the tournament as a 200–1 outsider. In the same year, he reached the semi-final of the World Championship, losing 16–7 to John Parrott.

In 1986, Meo was one of five players under Barry Hearn's management (along with Davis, Terry Griffiths, Willie Thorne and Dennis Taylor) who appeared on "Snooker Loopy", a hit single about the game recorded by Chas & Dave.

Slipping rapidly down the rankings, Meo retired from professional snooker in 1997 and now runs a watch and jewellery shop in Hatton Garden.

The contents of this page are sourced from Wikipedia article on 26 Feb 2020. The contents are available under the CC BY-SA 4.0 license.
comments so far.
Comments
From our partners
Sponsored
Reference sources
References
http://eurosport.yahoo.com/06052010/58/tony-meo.html
https://web.archive.org/web/20120723191701/http://eurosport.yahoo.com/06052010/58/tony-meo.html
https://www.webcitation.org/5pXh2Uqhp
https://web.archive.org/web/20080109191910/http://www.globalsnookercentre.co.uk/files/Players/Global_Europe/Global_England/eng_tony_meo.htm
http://www.globalsnookercentre.co.uk/files/Players/Global_Europe/Global_England/eng_tony_meo.htm
http://www.snooker.org/rnk/history.asp
http://cuetracker.net/Players/Tony-Meo/Career-Total-Statistics

Bishop of the episcopal diocese of michigan 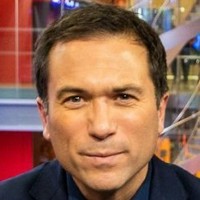 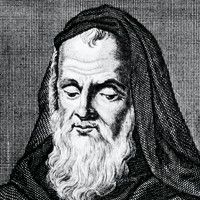