Tony Martin (February 21, 1942 – January 17, 2013) was a Trinidad-born professor of Africana Studies at Wellesley College. He retired in June 2007 as professor emeritus after 34 years teaching at the Africana Studies Department, where he was a founding member.
He was a lecturer and author of scholarly articles about Black History, primarily the Black Nationalist leader Marcus Garvey, and his written works and statements regarding Jewish involvement in the American slave trade, which echo allegations made by the Nation of Islam, have been a source of ongoing controversy.

Born Anthony Martin in Port of Spain, Trinidad, he attended Tranquillity School, where he was a contemporary of Stokely Carmichael. After secondary school Martin went to England to study law at Gray's Inn, London, where he was called to the Bar in 1966.

Martin subsequently received a B.Sc. honours degree in economics at the University of Hull (1968). He taught briefly in Trinidad at the Cipriani Labour College and St. Mary's College, before moving to the United States in 1969 to pursue graduate studies in African History at Michigan State University, earning an M.A. and completing his Ph.D in 1973. His doctoral dissertation, on Marcus Garvey and the UNIA, would be the basis for the book he later published as Race First: The Ideological and Organizational Struggles of Marcus Garvey and the Universal Negro Improvement Association.

Martin was a prolific author of scholarly articles on many aspects of Black History and lectured all over the world. He received awards and honors from the American Philosophical Society, the Association for the Study of Classical African Civilizations and many others.

Martin also wrote, compiled or edited 14 books, most recently Caribbean History: From Pre-Colonial Origins to the Present (2012) and Amy Ashwood Garvey: Pan-Africanist, Feminist and Mrs. Marcus Garvey No. 1, Or, A Tale of Two Amies (2007). He had been working on two further biographies of Trinidadian women, of Audrey Jeffers (who was his aunt) and Kathleen Davis (also known as “Aunty Kay”).

Martin was a prolific Garvey scholar - he was considered by some "the world's foremost authority on Marcus Garvey" - one of his earliest works being Race First: The Ideological and Organizational Struggles of Marcus Garvey and the Universal Negro Improvement Association, published in 1976.

He wrote a number of other books about Garvey, including Marcus Garvey Hero: A First Biography (1983), African Fundamentalism: A Literary and Cultural Anthology of Garvey's Harlem Renaissance (1991), Literary Garveyism: Garvey, Black Arts and the Harlem Renaissance (1983), The Poetical Works of Marcus Garvey (1983), and The Pan-African Connection: From Slavery to Garvey and Beyond (1984).

He co-authored, with Wendy Ball, Rare Afro-Americana: A Reconstruction of the Adger Library (1981).

In October 1991, a Wellesley student, Michelle Plantec, while on hall duty, claimed that she saw Martin wandering in a female dorm in a restricted area, in violation of a rule requiring male guests to be escorted. When she asked him about his escort, Martin, she claims, responded using profanity, accused her of racism and bigotry, and positioned himself so as to physically intimidate her. Martin denied all these claims, and declared that a group of women "accosted him rudely, despite circumstances that in his view made the legitimacy of his presence obvious."

In an interview with a campus newspaper, Plantec said: "I stopped him and said, 'Excuse me, sir, who are you with?' He looked at me and said, 'What do you mean?' I said, 'What Wellesley student are you with?' and at that point he exploded and called me a fucking bitch, a racist, and a bigot, among other things. ...After all this, he went back into his meeting and said the only reason I had stopped him was because he was black."

Martin, in the same interview, agreed that there was an angry exchange, but denied that he used profanity. He also said he asked permission from the dormitory desk before going to the restroom. "Coming out of the restroom, I was rudely accosted by a group of women who were coming up the stairs behind me. ...I tried to ignore them for a short space of time. ... And eventually, when we got to the top of the stairs I became very annoyed, and expressed my annoyance to the people who were behind me."

Mary Lefkowitz was a classics professor at Wellesley, who taught courses on ancient Greek culture. In a 1992 article for The New Republic, she challenged what she felt were ahistorical Afrocentric claims, such as the claim that Greek philosophy was plagiarized from African sources. Following publication of the New Republic piece, she and Martin became engaged in a heated disagreement, with Martin criticizing her in his department's Africana Studies Newsletter, and she criticizing him in the Wall Street Journal, the Chronicle of Higher Education, The New Republic, and elsewhere.

As this controversy progressed, Lefkowitz discovered that students in Martin's class were assigned a book called The Secret Relationship Between Blacks and Jews, compiled by the Historical Research Department of the Nation of Islam. The book's thesis, is that Jews had a disproportionately large role in the black slave trade relative to their numbers. This thesis has since been condemned and refuted by mainstream historians including the American Historical Association. Lefkowitz ignited a controversy over the book's inclusion on the curriculum, and the controversy made national headlines in the spring of 1993. NPR, the New York Times, the Boston Globe, and the Associated Press, among others, covered the story.

In January 1993, I was minding my own business and teaching my Wellesley College survey course on African American History when a funny thing happened. The long arm of Jewish intolerance reached into my classroom. Unknown to me, three student officers of the Jewish Hillel organization (campus B'nai B'rith stablemates of the Anti-Defamation League), sat in on my class and remained for a single period only. Their purpose was to monitor my presentation. As one of them explained in a campus meeting later, Jewish students had noticed The Secret Relationship Between Blacks and Jews among my offerings in the school bookstore. The book documents the considerable Jewish involvement in the Transatlantic African Slave Trade, the dissemination of which knowledge they, as Jews, considered an "anti-Semitic" and most "hateful" act.

One of Lefkowitz's responses to this controversy was an article in the September/October 1993 issue of Measure: University Centers for Rational Alternatives. In this article Lefkowitz made several allegations which Martin deemed libellous. For instance she alleged that during the October 1991 incident discussed above, Martin had called a student "a white, fucking bitch" and that "the young woman fell down as a result of his onslaught, and Martin bent over to continue his rage at her." Martin initiated a libel suit. Martin had already sued several undergraduates for libel, as well as Wellesley College itself. The dean of Wellesley College, Nancy Kolodny, declined to pay Lefkowitz's court costs. She reportedly said to Lefkowitz: "It's your problem. The college can't help you." In the end, the Anti-Defamation League provided for Lefkowitz's defense. Three other national Jewish organizations, the American Jewish Committee, the American Jewish Congress and the Jewish Council for Public Affairs, provided assistance. The case went through six years of appeals and counter-appeals, and was finally dismissed.

As the campus controversy wound down, Martin published a book telling his side of the story: The Jewish Onslaught: Despatches from the Wellesley Battlefront (1993). (See section below.) Lefkowitz published her own views three years later in the book Not Out of Africa (Basic Books, 1996). In 2008 she published another book, History Lesson: A Race Odyssey, giving her version of the story of the lawsuit and the controversy with Martin.

In the wake of the 1993 controversy, Counterpoint, a joint MIT-Wellesley student publication, asked MIT student Avik Roy to write a "retrospective chronicling the controversy surrounding Martin since his arrival as associate professor in 1973." According to Roy, he was asked to write the article because the staff felt he would be less biased than a Wellesley student. The article by Roy was published in the fall 1993 issue of Counterpoint. It alleged that Martin "gained tenure within the Africana Studies department only after successfully suing the college for racial discrimination," and that this explained a reluctance on the part of the College to censure Martin. Martin sued Roy for libel. Roy refused to disclose the confidential sources of his information even after the case was brought to court. A Massachusetts Superior Court Judge found that a lawsuit by Martin against Wellesley had in fact occurred, but "well after his tenure, and thus could not have caused it." The suit in question was filed in 1987, and alleged racial discrimination over a merit increase. However, the 1991 libel suit was eventually dismissed, with the judge ruling that Martin did not meet his burden of proof on 4 out of 5 necessary components for proving libel. The judge found that the offending statement was "partly false, but substantially true," though inaccurate in its "implication of timing and causation." The judge agreed that Roy's conclusion, that fear of litigation would cause Wellesley to exercise "particular restraint" when dealing with Martin, "follows at least as strongly from the actual facts as it would from the erroneous version."

In 1993, Martin published The Jewish Onslaught: Despatches from the Wellesley Battlefront. It was praised by a number of reviewers. Molefi Asante of Temple University called the book the best polemic by an African since the 1829 classic, David Walker's Appeal. Raymond Winbush of Vanderbilt University compared it to W. E. B. Du Bois' Souls of Black Folk.

However, the Chair of Martin's department at Wellesley, Selwyn R. Cudjoe, labelled Martin's book "Gangsta history, meant to demean and to defame others and to bring them into disrepute, rather than to enlighten and to lead us to a more complex and sophisticated understanding of social phenomena. It ought to be labeled anti-Semitic." The majority of the Wellesley faculty signed a statement condemning Martin's work "for its racial and ethnic stereotyping and for its anti-Semitism."

Martin's book was also criticized in a statement by the president of Wellesley College:

[The book] gratuitously attacks individuals and groups at Wellesley College through innuendo and the application of racial and religious stereotype.... Despite Professor Martin's incendiary words, and his attempt to portray Wellesley College as a repressive institution bent on silencing him, we will continue to recognize his right to express himself.

"Whenever the other folks have wanted anybody to beat the rest of the race over the head with, Brer Gates has been on the scene, like an HNIC ["Head Nigger in Charge"] machine. They gave him an unprecedented full page op-ed in the New York Times to attack the Nation of Islam's Secret Relationship Between Blacks and Jews. This op-ed was actually typeset in the shape of a Star of David. There is no evidence that Gates even read the book, but he pulled together some platitudes attacking it anyway."

In June 2002, Martin presented a talk entitled Tactics of Organized Jewry in Suppressing Free Speech at the 14th IHR Conference sponsored by the Institute for Historical Review. 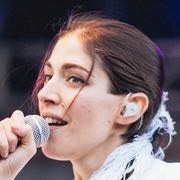