Tony Liu Tian-jue (born 7 February 1952) is a Hong Kong actor and martial artist. He is often credited by his Cantonese stage name Lau Wing. Liu is best known for starring in many Hong Kong martial arts films, especially in the 1970s and 1980s. He has also acted in some television series.

Lau was born in 1952 in British Hong Kong. His mother, Li Wen (黎雯); 1916–1983, was a well-known actress in Hong Kong. Lau studied in St. Paul's College before going on to learn to play the piano at the Associated Board of the Royal Schools of Music (ABRSM). He practised martial arts such as Judo, Kung-Fu, Karate, & also learned Jeet Kune Do from Bruce Lee until Lee's death.

Liu joined the Hong Kong film production company Golden Harvest in 1970 at the age of 18. He made his debut as the son of the villain in the 1971 film The Big Boss, which starred Bruce Lee in his first major role. He appeared in another three of Bruce Lee's films – as a martial arts student in Fist of Fury (1972); as a restaurant worker who practises karate in Way of the Dragon (1972); and as a tournament fighter in Enter the Dragon (1973).

Liu rose to prominence after joining the Shaw Brothers Studio in 1975 and made his first breakthrough role in Emperor Chien Lung (1976) as the Qianlong Emperor, and later in the sequels. He acted in some television series produced by ATV. 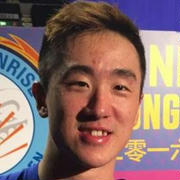