Þorsteinn Elton Jónsson (known in English as Tony Jonsson; October 19, 1921 – December 30, 2001) was the only pilot from Iceland to serve with Royal Air Force in World War II, and went on to a significant career in civil aviation. His parents were Snæbjörn Jónsson (1887–1978) and Annie Florence Westcott Jónsson (1893–1936).

Although his mother was English, and Jonsson aspired to join the RAF as a child, he was told by the British legation in Iceland that he was ineligible on account of his nationality. However, he took passage to England by trawler and enlisted at Padgate in 1940. As a sergeant pilot, Jonsson flew hurricanes with 17 Squadron at Elgin; he then served in 111 Squadron, flying Spitfires first at North Weald and later in North Africa in connection with Operation Torch, during which Jonsson was awarded the Distinguished Flying Medal. He was later commissioned. On a second tour of duty with 65 Squadron, he flew Mustangs over Normandy.

Jonsson is credited officially with having shot down five enemy planes (though claims have been made for eight), making him Iceland's only second-world-war ace. He published a wartime memoir called Dancing in the Skies in 1994.

After the war, Jonsson flew Douglas DC-3s on some of Iceland's very first domestic flights, applying his skills to Iceland's difficult weather conditions and nascent infrastructure, before flying international routes for both Icelandair and Loftleiðir. Seeking more adventurous work, Jonsson moved to Kinshasha (then Leopoldville) in the Belgian Congo from 1956-1960, flying for Sabena and working, inter alia, as Prime Minister Patrice Lumumba's personal pilot.

After a period flying ice patrols over the east Greenland coast, Jonsson delivered hundreds of tonnes of relief shipments for Nordchurchaid from São Tome to Uli in Biafra in the Nigerian Civil War as part of the Biafran airlift. Jonsson flew 413 of his missions at night, landing on a road lit by rudimentary lighting, switched on only shortly before landing.

Towards the end of his career Jonsson flew jumbo jets for Cargolux. On retirement after 47 years as a pilot, Jonsson had logged 36,000 hours. He charted his postwar career in Icelandic civil aviation in Lucky, no 13: The Eventful Life of a Pilot.

Jonsson was married three times: to an English wife Marianne from 1946 to 1952; from 1952 to 1965 or 1967 to Margrét Þorbjörg Thors, one of his Dakota stewardesses and daughter to Ólafur Thors, four times Iceland’s Prime Minister; and to Katrín Þorðardóttir from 1969 to her death in 1994. In retirement, Jonsson focused on devoting time to his wife, to fishing, watercolour painting, and writing. He was survived by six of his seven children. 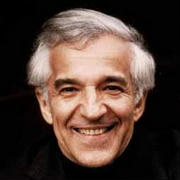