Anthony Armand Ferguson Padilla (born February 12, 1984) is an American professional mixed martial artist currently competing in the lightweight division of the Ultimate Fighting Championship (UFC), in which he is a former interim UFC Lightweight Champion. A professional competitor since 2008, Ferguson has been with the UFC since he won The Ultimate Fighter 13. As of December 16, 2019, he is #10 in the UFC men's pound-for-pound rankings and #1 in the UFC lightweight rankings.

Tied with Khabib Nurmagomedov in holding twelve consecutive wins in the lightweight division, Ferguson is widely regarded by pundits as one of the best lightweights in the history of the UFC.

Ferguson was born in Oxnard, California, on February 12, 1984, but grew up mainly in Muskegon, Michigan. He is of Mexican heritage. His surname of Ferguson comes from his Scottish American stepfather.

Ferguson was a three-sport athlete at Muskegon Catholic Central High School in football, baseball, and wrestling. He was the starting defensive back for the 2000 Division 8 state football champions and was a three-time All-State selection in wrestling, winning the 152-lb division in 2002.

After high school, Ferguson enrolled at Central Michigan University before transferring to Grand Valley State University. He also did a stint at Muskegon Community College. He did not complete his degree, but had a successful collegiate wrestling career, winning the 2006 National Collegiate Wrestling Association national wrestling championship in the 165-lb division.

Following college, Ferguson moved back to California to be closer to his extended family, working in marketing and sales during the day and picking up shifts as a bartender at night. One night, while working a bar shift, a patron talked to him about his wrestling background and invited him to work with some young mixed martial artists on their wrestling. Shortly after this, he decided to pursue a professional mixed martial arts (MMA) career.

Ferguson began his professional MMA career fighting in small organizations around California in 2007. Notable matches in his early career include a win over kickboxing champion Joe Schilling and a loss to future WEC fighter Karen Darabedyan.

Ferguson applied to compete in the UFC's reality series "The Ultimate Fighter" multiple times. In 2010, he was finally accepted to compete in season 13 of the series after amassing a 10-2 professional record and winning the welterweight championship in PureCombat. He competed as a welterweight on The Ultimate Fighter: Team Lesnar vs. Team dos Santos.

Following his debut, Ferguson returned to lightweight and faced Aaron Riley on September 24, 2011, at UFC 135. The fight was stopped after the first round after Riley said he had a broken jaw. The fight was declared a TKO victory for Ferguson.

After over a year away from competition while healing an arm injury incurred in his last fight, Ferguson returned to face Mike Rio on October 19, 2013, at UFC 166. He won by D'Arce choke submission in the first round. The win also earned him his first Submission of the Night award.

Ferguson faced Abel Trujillo on December 6, 2014, at UFC 181. Ferguson won the bout in the second round by submission.

Ferguson was expected to face Yancy Medeiros on February 28, 2015, at UFC 184. However, Medeiros pulled out of the bout, citing injury, and was replaced by Gleison Tibau. Ferguson won the fight by submission in the first round which also earned him a Performance of the Night bonus.

Ferguson was expected to face Khabib Nurmagomedov on December 11, 2015, at the Ultimate Fighter 22 Finale. However, Nurmagomedov pulled out of the fight in late October, citing injury, and was replaced by Edson Barboza. After a back-and-forth first round that had Ferguson docked one point due to an illegal upkick, Ferguson finished Barboza with a D'Arce choke submission in the second round. He earned his third consecutive Performance of the Night bonus as well as a Fight of the Night bonus.

A rematch with Michael Johnson was briefly scheduled for March 5, 2016, at UFC 196. However, on January 27, it was announced that Johnson withdrew from the bout due to injury. In turn, the bout with Nurmagomedov was rescheduled and expected take place on April 16, 2016, at UFC on Fox 19. On April 5, Ferguson pulled out of the bout due to a lung issue. He was replaced by promotional newcomer Darrell Horcher.

Ferguson was expected to face Michael Chiesa on July 13, 2016, at UFC Fight Night 91. However, Chiesa pulled out of the fight on June 27, citing injury, and was replaced by promotional newcomer Lando Vannata. Ferguson won his second straight fight via D'Arce choke and was awarded another Fight of the Night bonus.

Ferguson fought former champion Rafael dos Anjos on November 5, 2016, at the Ultimate Fighter Latin America 3 Finale. He won the fight by unanimous decision. Both participants were awarded Fight of the Night, which gave Ferguson his sixth post-fight bonus in his past five fights.

The pairing with Nurmagomedov was scheduled for a third time at UFC 209, this time for the interim UFC Lightweight Championship. However, prior to the weigh-ins for the event, Nurmagomedov was hospitalized due to the ill-effects of his weight cut, and the bout was cancelled yet again.

Ferguson faced Kevin Lee on October 7, 2017, at UFC 216 for the interim UFC Lightweight Championship. He won the bout by triangle choke submission in the third round.

A bout with Nurmagomedov had been scheduled for the fourth time on April 7, 2018, at UFC 223. However, on April 1, 2018, Ferguson reportedly tore his fibular collateral ligament while walking on the set for a pre-fight media obligation and was forced to withdraw from the event.

Ferguson faced Anthony Pettis on October 6, 2018, at UFC 229. He won the bout via corner stoppage after two rounds. Pettis' longtime cornerman and coach, Duke Roufus, informed the referee that he would not continue after suffering a broken hand. This win earned him his fourth Fight of the Night bonus.

Ferguson next faced Donald Cerrone on June 8, 2019, at UFC 238. He won the fight via TKO due to a doctor stoppage after Cerrone blew his nose between rounds 2 & 3 which caused his swollen right eye to completely close, rendering him unable to continue. This fight earned him the Fight of the Night award.

Ferguson is scheduled to face Khabib Nurmagomedov for the UFC Lightweight Championship on April 18, 2020 at UFC 249.

Ferguson has a son with his wife, Cristina Ferguson.

In March 2019, Cristina filed a restraining order against Ferguson, alleging uncharacteristic behavior such as severe paranoia, not sleeping for days, tearing apart their home fireplace, and believing that a tracking chip was inserted into his leg during reconstructive knee surgery. Ferguson's wife, however, did not claim any form of abuse or violence from Ferguson, and claims that she filed the restraining order as a precautionary measure to get Ferguson the necessary help for his mental state. In April 2019, Ferguson's wife had dropped the restraining order, and it was revealed that Ferguson would resume fighting. 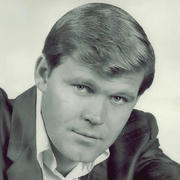 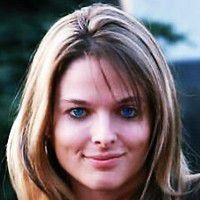 American organiser of a Ponzi scheme