English was born in Cirencester, Gloucestershire and attended school in Colchester, Essex. He began his career as an apprentice at Coventry City. After making 66 league appearances for Coventry, scoring seventeen times, he signed for Leicester City in 1982. After being released in 1984, he made a handful of appearances for Rochdale and Plymouth Argyle as a non-contract player, before signing for Colchester United in 1985. After playing a single game for Colchester he signed for Australian club Canberra City, but returned to Colchester in November.

His son, Tom, played for the youth teams at Norwich City and Arsenal. 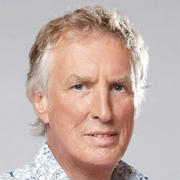