Thomas Michael Hoban (born 24 January 1994) is a professional footballer who plays as a defender. Born in England, Hoban has represented the Republic of Ireland at youth international level.

Hoban can play anywhere in defence but prefers to play centrally.

Born in Walthamstow, London, Hoban grew up in the Chingford and Woodford Green area. He attended Loyola Preparatory School in Buckhurst Hill. He was also a boyhood Chelsea supporter.

His mother and paternal grandparents are Irish, and he said in an interview that he considered himself Irish rather than English. Hoban's son was born in February 2019.

Hoban joined Arsenal's youth system at the age of 7 and was released at 14. Following his release eight clubs expressed an interest in Hoban, and from them he and his family selected Watford based on location and the recommendation of an Arsenal coach.

Hoban made his senior debut for Watford on 7 May 2011, in their final game of the 2010–11 season against Preston North End coming on for Martin Taylor in the first half, as they lost 3–1. After making his debut, he was praised by Manager Malky Mackay for his performance throughout the match. He turned professional three days later. After being linked a move away from Watford, Hoban signed a new contract extension with the club.

Hoban moved on loan to Wealdstone on 2 February 2012 until the end of the season. He made his Wealdstone debut on 14 February 2012, starting the whole game, in a 2–2 draw against Dartford in the FA Trophy campaign. Hoban went on to make seven league appearances during his time at the club.

In the 2012–13 season, Hoban, once again, signed a new contract with the club, keeping him until 2017. He didn’t make his first team appearance in over a year and it wasn’t until on 29 September 2012 when he made his first team return, starting the whole game, in a 3–2 win over Huddersfield Town. In a follow–up match, Hoban scored his first Watford goal on 2 October 2012, in a 2–1 win over Charlton Athletic. Then, on 23 October 2012, he scored his second goal for the side, in a 2–1 loss against Cardiff City. Since then, he received a handful of first team appearances for the side. Following "rave reviews" in the Championship during the 2012–13 season, Hoban received attention from a number of Premiership clubs. However, he suffered an Achilles tendon injury at the beginning of January. On 8 February 2013, Hoban returned to the starting lineup, in a 2–2 draw against Crystal Palace. However, his return was short–lived when he picked up an ankle injury. At the end of the 2012–13 season, Hoban went on to make nineteen appearances and scoring two times in all competitions. In early May 2013, he picked up the Hornets' Young Player of the Season award.

The 2014–15 season saw Hoban make his first appearance of the season, keeping a clean sheet, in a 1–0 win over Stevenage in the first round of the League Cup. Seven days later, on 19 August 2014, he set up a goal for Gianni Munari, in a 2–0 win over Rotherham United. Following his return, Hoban found himself in a competition in the centre–back positions. But he soon played in left–back position instead. However, by end of 2014, Hoban lost his first team place, leading Brentford to take interest in signing him. By late–December, he soon regained his first team place, where he played in the centre–back position. However, on 7 March 2015, Hoban was sent–off for a second bookable offence, in a 2–2 draw against Wolverhampton Wanderers. After returning from suspension, he rotated in playing in the centre–back and left–back positions for the rest of the season. During the course of the 2014–15 Championship season, Hoban helped Watford earn promotion to the Premier League. At the end of the 2014–15 season, Hoban went on to make thirty appearances in all competitions. Once again, he picked up the Hornets' Young Player of the Season award.

At the start of the 2015–16 season, Hoban signed a four–year contract, keeping him until 2019. However, he soon lost his first team place under the new management of Quique Sánchez Flores and was demoted to the reserve side. This also combined with his own injuries concern. It wasn’t until on 4 April 2016 when he made his return from injury in a reserve match, as Watford U21 lose to Coventry City U21. Despite returning from injury, Hoban never made no appearances towards the end of the 2015–16 season.

Hoban signed on a season-long loan for Blackburn Rovers on 26 August 2016. He made his Blackburn Rovers debut, starting the whole game, in a 1–0 loss against Fulham on 27 August 2016. After the match, Manager Owen Coyle and local newspaper The Lancashire Telegraph praised Hoban’s performances on his debut. He quickly became a first team regular for the side, playing in the centre–back positions. This last until Hoban suffered a shoulder injury that kept him out for four months. It wasn’t until on 11 March 2017 when Hoban returned to the first team from injury, starting the whole game, in a 2–2 draw against Norwich City. Following his return from injury, he found himself in the substitute bench role. Despite this, Hoban scored his first goal for Blackburn in a 1–0 win over Nottingham Forest on 14 April 2017. Despite an improvement in form that offered some hope of survival, Blackburn were relegated to League One at the end of the 2016–17 season. At the end of the 2016–17 season, where he made seventeen appearances and scoring once in all competitions for the side, Hoban returned to his parent club.

Hoban suffered an anterior cruciate ligament injury at the start of the 2017–18 season. In the 2018–19 pre–season, he made an appearance for the side, in a friendly match against 1. FC Köln.

Hoban moved on loan to Scottish Premiership side Aberdeen in July 2018. He played in both legs of a Europa League tie against Burnley, as Aberdeen lost 4–2 on aggregate. Hoban scored on his league debut for the club on 25 August 2018, in a 1–1 draw against Hibernian. However, his time with Aberdeen was also severely affected by injury, and in February 2019 he suffered the second anterior cruciate ligament injury of his career. As a result, Hoban terminated his loan spell with Aberdeen and returned to his parent club.

He was released by Watford at the end of the 2018–19 season, and returned to Aberdeen to continue his rehabilitation.

Hoban was born in England but qualifies to play for the Republic of Ireland through his Dublin-born mother. His paternal grandparents are also Irish.

Hoban made his Republic of Ireland U17 debut on 25 September 2010, where he started the whole game, in a 2–0 win over Albania U17. Hoban represented Ireland at under-17 level, where he went on to make six appearances for the side.

The contents of this page are sourced from Wikipedia article on 06 Mar 2020. The contents are available under the CC BY-SA 4.0 license.
View Tommie Hoban 's image gallery
Image Gallery 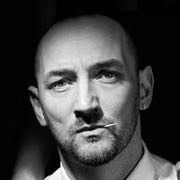 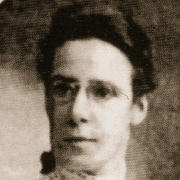 British photographer and missionary to Ronda in Spain, and to Congo in Africa