He was born on 6 March 1966 in Zielona Góra to parents Stefan and Wanda (née Adamkiewicz). He attended the Edward Dembowski High School No. 1 in Zielona Góra. He subsequently graduated from the Faculty of Journalism and Political Sciences at the University of Warsaw. He began his career in 1984 publishing an article in a pro-Soviet newspaper Standard for the Young (Sztandar Młodych), an organ of the Union of Socialistic Youth in Poland (Związek Socjalistycznej Młodzieży Polskiej). In 1992, he received a scholarship and studied for a year at the Loyola University New Orleans. After the fall of communism in Poland, he worked in the Public Television Polish Television (TVP) after winning an open competition for the post of a newsreader.

From late 2010 to February 2012: editor-in-chief of the current affairs weekly "Wprost."

In March 2012 he became editor-in-chief of "Newsweek Polska."

In 2017 Tomasz Lis was shortlisted for the European Press Prize, for his columns in Newsweek Polska.

The contents of this page are sourced from Wikipedia article on 17 Apr 2020. The contents are available under the CC BY-SA 4.0 license.
View Tomasz Lis 's image gallery
Image Gallery 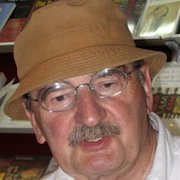