Tomáš Petráček (born 1972 in Hořice v Podkrkonoší) is a Czech public intellectual, Roman Catholic priest, and scholar. He is considered one of the country's leading church and social historians. He works at the Department of Cultural and Religious Studies at the Faculty of Education at the University of Hradec Králové in East Bohemia, and at the Institute for the History of Christian Art at the Catholic Theological Faculty of Charles University in Prague. He is the author of seven monographs and more than 80 articles, studies and papers not only in Czech, but also in English, French, German and Polish. He is an active member of the editorial board for the Czech journal Salve, which deals with theological, historical, philosophical and cultural themes. As a Roman Catholic priest he serves as chaplain of the academic community in Hradec Králové. He was appointed Canon of the Chapter of All Saints at Prague Castle, founded in 1339 by Emperor and King Charles IV for professors of Charles University, in 2010.

Following his Master's degree, he went on to pursue his doctorate at the same university, at the Institute of Economic and Social History, Faculty of Arts. In March 2002, he successfully defended his doctoral dissertation entitled "The Phenomenon of Donated People in 11th–12th century Przemyslite Territories" and was awarded a PhD in the field of economic and social history. Petráček was greatly influenced by his doctoral supervisor Prof. Jaroslav Čechura, and by Czech social historians Prof. Eduard Maur and Prof. Jiří Štaif.

From 2006–2008, he studied a doctoral program at the St. Cyril and Methodius Faculty of Theology in Olomouc, where he specialized in Church History. In February 2008, he successfully defended his dissertation and received the title Doctor of Theology (Th.D.). In June 2012, he achieved habilitation in the field of Czech history at the Faculty of Arts, Charles University, Prague. His habilitation thesis was entitled "The Bible and the Historical-Critical Method: the Czech and World Progressive Exegesis in the Vortex of the (Anti-)Modernist Crisis.”

Petráček has also completed short study stays at Friedrich Wilhelm University in Bonn (1997), L'Institute Catholique in Paris (2002), the Faculty of Divinity at Yale University (2013), a five-month internship at Collegio Teutonico in Rome/Vatican City (2007) in which he studied archives of the Secret Vatican archives, and a two-month study residency at the Philosophische und theologische Hochschule St. Georgen Frankfurt am Main (2010, 2011). He spend summer semester as visiting fellow at Yale University in 2015.

The first topic that Petráček chose to investigate in his scholarly work was the social and economic history of the early Middle Ages in the Czech lands, focusing on the lower strata of society in particular. This work resulted in the 2003 publication of the monograph The Phenomenon of Donated People in the Czech Lands in the 11th – 12th Centuries: On the Knowledge of Economic and Social History of the Czech Lands at the Time of Dukes. A second, revised and expanded version of the book was published in 2012 by the prestigious publishing house Argo under the title Serfs and Freemen, Dukes and Manorial Estates: the Phenomenon of Donated People in Premyslid Bohemia in the 10th–12th Centuries. (Nevolníci a svobodní, kníže a velkostatek. Fenomén darovaných lidí přemyslovských zemí 10.–12. století). Petráček has also published numerous other studies and articles concerning social, economic and religious history. In 2017 he published his book Power and Exploitation in the Czech Lands in the 10th - 12th Centuries. A Central European Perspective as Volume 40 of Brill´s Series „East Central and Eastern Europe in the Middle Ages, 450-1450“.

While studying theology, Petráček began to concern himself with issues in the history of Catholic exegesis during the modernist crisis. One of the key figures in Fribourg was the Old Testament Exegesis Professor Vincent Zapletal (1867–1938) of the Dominican Order, who worked at the Theological Faculty of the University from 1893 to 1928. Zapletal was among the most significant figures in progressive Catholic exegesis, along with the French biblical scholar Marie Joseph Lagrange OP and German Jesuit Franz von Hummelauer. Zapletal sought a scientific interpretation of the Bible and employed a historical-critical method, and became a victim of the anti-modernist crisis in the Catholic Church between 1904 and 1914. Petráček completed a critical biography entitled Bible Science in the Period of the (Anti-)Modernist Crisis: The Life and Work of Vincent Zapletal OP (1897–1938). It was published in 2006 in the Czech Republic (Výklad Bible v církvi v době (anti-)modernistické krize. Život a dílo Vincenta Zapletala OP (1897–1938)). There was also an abridged French version, Le Pere Vincent Zapletal O.P. (1867–1938). Portrait d'un exegete catholique. Studia friburgensia – Series historica 6, Fribourg 2007, which dealt with the life of Zapletal before the appearance of the anti-modernist crisis and its aftermath. Petráček has also published numerous studies and articles appearing in the academic journals such as Revue Biblique or Memoire Dominicaine and most of them in the Czech journal Salve. The culmination of his research work is The Bible and Modern Criticism: Progressive Czech and World Exegesis in the Vortex of the (Anti-)Modernist Crisis, which was published by the Vyšehrad publishing house in 2011 (Česká a světová progresivní exegeze ve víru (anti-)modernistické krize).

Other scholarly interests of Petráček include historical anthropology and issues related to cross-cultural communication, adaptation, and the diversity and dynamics of society and culture in European history, particularly in the area of church, social and religious history. Petráček has examined the question of the causes and roots of the dynamic secularization of the Czech lands and in 2013 published Secularization and Catholicism in the Czech lands: Specific Aspects of the Czech Route from National Church to the Most Atheist Country in the World. (Sekularizace a katolicismus v českých zemích. Specifické rysy české cesty od lidové církve k nejateističtější zemi světa). In investigating the underlying causes of secularization trends, Petráček has looked into the overall adaptive ability of Christianity, publishing articles and studies concerning this issue as well as a monograph in 2013 entitled Adaptation, Resistance, Resignation: The Church, Society and Changes in Modern History (Adaptace, resistance, rezignace. Církev, společnost a změna v novověkých dějinách).

In the Polish publishing house El Press he published three monographs in English. In his first English book In the Maelstrom of Secularization, Collaboration and Persecution. Roman Catholicism in Modern Czech Society and the State, author explores the various processes which culminated in Roman Catholicism drastically falling in both position and status in the modern Czech culture, society, and state, thus rendering a privileged and self-confident national church a problematic, humiliated, barely tolerated and, for much of the 20th century, brutally persecuted community.

In the second English book Church, Society and Change. Christianity impaired by conflicting elites, he presents four model situations to proof, that the way in which the Christian elites of the different confessions coped with the primary problem of a divided Christendom is interpreted as a moment of rupture in the history of the Western church, which undermined its adaptive and innovative capacities and so set European society on the path to modern secularisation.

In the third with the title Man, Values and the Dynamics of Medieval Society. Anthropological Concepts of the Middle Ages in a Transcultural Perspective, the author analyses how Medieval culture and civilization in Europe was able to come to terms with cultural, social and religious plurality and diversity without posing a threat to solidarity, openness, dynamism and the actual functioning of society using selected phenomena such as Inquisition, Canon Law, Cult of Relics etc.

In 2016 Petraček continued his research in the field modern social and church history with the book The Council, Tradition, Reform. The Legacy of the Second Vatican Council. This highly appreciated monograph is primarily focused on the question of continuity and discontinuity in the area of the modern history of the Catholic Church in relation to the most significant events of Church history of the 20th century, that is the Second Vatican Council.

In 2017 he published small book with the title The West and its Faith: 9.5 Theses on the Impact of Luther‘s Reformation. The 500th anniversary of the beginning of the Reformation gave him, in particular within the context of the contemporary development of the position and role of the church in western society, an opportunity for more general thoughts concerning the influence of the events of the sixteenth century on the history of Christianity, the church and society.

Recently he published also some studies in Modern czech social and church history, such as The First and Second Life of Father Josef Toufar (1902–1950) and Shifts in Interpretations of Modern Czech History. On One Unexpected Phenomenon in Comtemporary Czech Society in journal Kirchliche Zeitgeschichte/Contemporary Church History or study about the collaboration of Catholic clergy with Communist régime.

Petráček has worked at the Institute of Christian Art History at the Catholic Theological Faculty of Charles University since 2005, where he gives lectures on church, culture and social history in undergraduate and graduate programs of theology and the history of Christian art. He also leads a group of PhD students in the doctoral program Church and General History at the same Faculty. Already four of his doctoral students finished their studies and achieved Ph.D. title.

In 2007, he was appointed head of the Department of Cultural and Religious Studies at the Faculty of Education at the University of Hradec Králové. Under Petráček's guidance, the department has come to distinguish itself as one this university's most prolific departments for publications, and offers a very engaging study program in Transcultural Communication studies, which also includes an English language study option. Conferences and other activities organized by the department have included such guests as Templeton prize winner Prof. Tomáš Halík, Hinduism specialist Prof. Julius Lipner of Cambridge and Italian professor and philosopher Umberto Gallimberti.

Since being ordained a priest in 2005, Petráček has worked in Hradec Králové as a university chaplain, where he focuses on students and the academic staff of local universities. He has been in charge of Academic spiritual services since 2007. He serves as preacher and priest at the Church of the Virgin Mary in Hradec Králové. He was appointed Canon of the Chapter of All Saints at Prague castle, which was founded in 1339 by Emperor and King Charles IV for professors at Charles University, in 2010. He has been working as of 2013 on beatification efforts for the Czech priest Josef Toufar, who was tortured to death by the Communist state police in 1950. 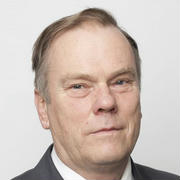