In April 2014, he posted a secret tape that implicated the Inspector General of Police (IGP) of the Uganda Police Force, Kale Kayihura’s attempt to investigate and curtail Amama Mbabazi’s underneath campaign to oust President Museveni in the 2016 presidential elections.

No one knows the true identity of TVO including his many followers and Facebook refused to reveal his identity to the Uganda government.

Prince of Buganda, and titular head of the Muslim community in Uganda 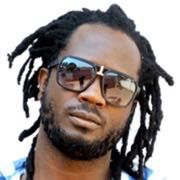