Tom Stacks (November 9, 1899 – February 19, 1936) was the lead singer, drummer, and sound effects man for many of Harry Reser's late 1920s jazz and novelty bands that included The Six Jumping Jacks and Harry Reser's Rounders (Reser would use many of the same musicians and simply change the names of the bands so that he could work for several companies at once). Stacks's unusual voice has been described as having a "built-in smile" and also as being "what a man would sound like if his voice box remained in adolescence while the rest of his body matured."
Born Thomas De Armen Stacks on November 9, 1899, in Harrisburg, Pennsylvania, he was the son of Elmer E. and Margaret A. Stacks, both of whom were also Pennsylvania natives. Stacks was an active musician by early 1920 and joined Harry Reser's orchestra by early 1926.
Stacks sang on hundreds of late-1920s recordings. His rendition of "Horses" displays his ability to make the most out of the comic elements in a novelty song while keeping up with the rapid-fire tempo of Reser's band, nearly leaving him breathless. Typical of Stacks's recordings is "Send for Our Free Booklet," in which the singer lampoons merchandising offers and slogans of the day. Doodles Weaver and the Spike Jones band used the same format in the 1940s, with Weaver's delivery even sounding like Tom Stacks.
Tom Stacks was diminutive and just barely weighed 100 pounds. He died in a Chinese restaurant fire. He returned to the burning building to try to recover his drum set and died in the fire. 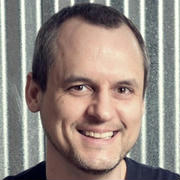