Tom Segev (Hebrew: תום שגב‎‎; born March 1, 1945) is an Israeli historian, author and journalist. He is associated with Israel's New Historians, a group challenging many of the country's traditional narratives.

Tom Segev was born in Jerusalem to parents who had fled Nazi Germany in 1933. He earned a BA in history and political science from the Hebrew University of Jerusalem and a PhD in history from Boston University in the 1970s.

Segev worked during the 1970s as a correspondent for Maariv in Bonn. He was a visiting professor at Rutgers University (2001–2002), the University of California at Berkeley (2007) and Northeastern University, where he taught a course on Holocaust denial. He writes a weekly column for the newspaper Haaretz. His books have appeared in fourteen languages.

In The Seventh Million: The Israelis and the Holocaust (1993), Segev explores the decisive impact of the Holocaust on the identity, ideology and politics of Israel. Although controversial, it was praised by Elie Wiesel in the Los Angeles Times Book Review.

Segev's history of the social and political background of the Six-Day War, 1967: Israel, the War, and the Year That Transformed the Middle East (2006) states that there was no existential threat to Israel from a military point of view. Segev also doubts that the Arab neighbours would have really attacked Israel. Still, there were large segments of the Israeli population that had a real fear that the Egyptians and Syrians would eliminate them. This would have increased the pressure for the Israeli government in such a way that it opted for a preemptive attack. The attack by the Jordanian army to West Jerusalem would have provided a welcoming reason to invade East Jerusalem, according to Segev. Even though the occupation of East Jerusalem was not politically planned, the author considers it was always desired.

The book "Israel, the War, and the Year That Transformed the Middle East" has been described by the historian Saul Friedländer as "probably the best book on those most fateful days in the history of Israel".

Ethan Bronner in The New York Times Book Review wrote: "It does not tell the whole story of the war, barely focusing on Arab activity... What interests Mr. Segev is Israel: its moods, debates, generation gaps and anxieties" and that "You need not agree with Mr. Segev’s conclusions on how things could have been done differently to benefit from his research and narrative. If you plan to read only one book on the 1967 war, this is not it. It is too narrowly focused. At the same time Mr. Segev makes a compelling and fresh case that the war was at least partly a result of a delicate and vulnerable moment in Israeli history" and that Segev's exploration "is — while too long — persuasive and engaging".

L. Carl Brown wrote in Foreign Affairs "The author of One Palestine, Complete: Jews and Arabs Under the British Mandate has written another masterful history" in a review of Segev's book 1967: Israel, the War, and the Year That Transformed the Middle East.

Writing in International Socialist Review, Hadas Thier found the 688-page book "at times a tediously detailed read with thin analysis" but called it "an indispensable contribution". He summarised the book by saying "His focus on Israeli archival material should leave no trace of doubt that Israeli leaders knew that the war was not a defensive necessity, that it would be easily won, and that it was fought on the basis of cynical and strategic considerations of the state."

For The Washington Post Book World, Michael Oren, an Israeli politician, historian and author of Six Days of War, gave Segev's 1967 a scathing review, writing, "Laboring to prove his point forces Segev not only to contradict himself but also to commit glaring oversights." He also says that "by disregarding the Arab dynamic and twisting his text to meet a revisionist agenda, he undermines his attempt to reach a deeper understanding of the war. Such an understanding is vital if Arabs and Israelis are to avoid similar clashes in the future and peacefully co-exist." (In an interview in the online magazine Salon, Oren subsequently said of Segev (who has a doctorate in history) "[He] is a journalist. He's not really a trained historian.")

Benny Morris also criticized the book in a review in The New Republic. Morris writes that he is open to historical revisionism but that Segev's central argument about Israel's internal condition leading up to the war "is essentially false." He adds: "For Segev, Arab politics and Arab society have no bearing upon the proper understanding of the origins of the war. ... [H]is book points readers and scholars in no worthwhile direction. Its argument is not merely wrong; it also makes a small contribution of its own to the contemporary delegitimation of Israel." 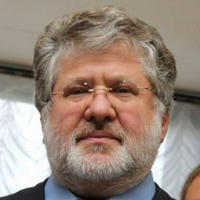