Thomas William "Tom" Hiddleston (born 9 February 1981) is an English actor, producer and musical performer. At the beginning of his career, he appeared in West End theatre productions of Cymbeline (2007) and Ivanov (2008). He won the Laurence Olivier Award for Best Newcomer in a Play for his role in Cymbeline and was also nominated for the same award for his role as Cassio in Othello.
He came to wider public attention when cast as Loki in the Marvel Cinematic Universe, appearing in Thor (2011), The Avengers (2012), Thor: The Dark World (2013), and Thor: Ragnarok (2017). In 2011, he won the Empire Award for Best Male Newcomer and was nominated for the BAFTA Rising Star Award. Hiddleston has also appeared in Steven Spielberg's War Horse (2011), The Deep Blue Sea (2011), Woody Allen's romantic comedy Midnight in Paris (2011), the 2012 BBC series Henry IV and Henry V, and the romantic vampire film Only Lovers Left Alive (2013).
In late 2013 and early 2014, Hiddleston starred as the title character in the Donmar Warehouse production of Coriolanus, winning the Evening Standard Theatre Award for Best Actor. In 2015, he starred in Guillermo del Toro's Crimson Peak, Ben Wheatley's High Rise, and played the troubled country music singer Hank Williams in the biopic I Saw The Light.
In 2016, he starred in and was an executive producer of the AMC / BBC limited series The Night Manager, for which he received two Primetime Emmy Award nominations for Outstanding Lead Actor in a Limited Series or Movie and Outstanding Limited Series, and won his first Golden Globe Award for Best Actor - Miniseries or Television Film.

Hiddleston was born in Westminster, London. He is the son of Diana Patricia (née Servaes) Hiddleston, an arts administrator and former stage manager, and James Norman Hiddleston, a physical chemist. His father is from Greenock, Scotland and his mother is from Suffolk, England. His younger sister, Emma, is also an actress, whilst his older sister, Sarah, is a journalist in India. Through his mother, he is a great-grandson of Vice Admiral Reginald Servaes, and a great-great-grandson of food producer Sir Edmund Vestey.

He was raised in Wimbledon in his early years, and later moved to a Cotswold village near Oxford. He attended the Dragon School preparatory school in Oxford, and his parents divorced when he was 12. When discussing his parents' divorce in an interview with The Daily Telegraph, he stated: "I like to think it made me more compassionate in my understanding of human frailty".

At the age of 13, Hiddleston began boarding at Eton College. He continued on to Pembroke College at the University of Cambridge, where he earned a double first in Classics.

During his second term at Cambridge, he was seen in a production of A Streetcar Named Desire by talent agent Lorraine Hamilton, of Hamilton Hodell. He proceeded to study acting at the Royal Academy of Dramatic Art, from which he graduated in 2005.

While still doing student plays, Hiddleston began doing television, landing parts in Stephen Whittaker's adaptation of Nicholas Nickleby (2001) for ITV, the BBC/HBO co-production Conspiracy (2001), and as Randolph Churchill, the son of Winston Churchill, in the BBC/HBO drama The Gathering Storm (2002).

Upon graduating from RADA, Hiddleston was cast in his first film role, playing Oakley in Joanna Hogg's first feature, Unrelated (2006). His sister Emma also appeared in the film as Badge. Casting director, Lucy Bevan, who cast him in the film said "there was just a fantastic confidence about him". Hiddleston had leading roles in Declan Donnellan's company Cheek by Jowl's productions The Changeling (2006), and Cymbeline (2007). For the latter he won the Laurence Olivier Award for Best Newcomer in a Play. His Donmar Warehouse credits include Cassio in Michael Grandage's production of Shakespeare's Othello (2008) alongside Chiwetel Ejiofor and Ewan McGregor and later Lvov in their West End revival of Chekhov's Ivanov (2008) with Kenneth Branagh.

Hiddleston was the voiceover for BBC's documentary on the Galapagos Island in 2006. He also narrated the audiobook The Red Necklace by Sally Gardner in 2007,

Hiddleston also appeared in the leading role of Edward in Hogg's second feature, Archipelago (2010). His TV credits include Magnus Martinsson in the BBC detective drama Wallander (2008), Bill Hazledine in Suburban Shootout (2006), John Plumptre in the BBC costume drama TV film Miss Austen Regrets (2008) and William Buxton in the BBC drama series Return to Cranford (2009). In 2007, he joined a list of British actors, including Kate Winslet and Orlando Bloom, to have guest starred in the long-running medical drama Casualty.

Hiddleston at the Tribeca Film Festival in 2012.

Hiddleston is well known for his portrayal of Loki in the 2011 Marvel Studios film, Thor. He was invited to audition by Kenneth Branagh, the film's director, after having previously worked with Branagh on Ivanov and Wallander. Hiddleston said of Branagh, "Ken has had a life-changing effect. He was able to say to the executives, 'Trust me on this, you can cast Tom and he will deliver'. It was massive and it's completely changed the course of what is available to me to do. Ken gave me my break." In the beginning, he originally auditioned for the part of Thor. "I initially auditioned to play Thor. That was what I was being considered for, because I'm tall and blonde and classically trained, and that seemed to be the mold for what Thor was, he was to be a classical character. And it was in my auditions. I owe this entirely to Marvel and their open-mindedness, they saw something that they thought was interesting. They saw some temperament that they liked." The casting director gave Hiddleston six weeks to bulk up, so he went on a strict diet and gained twenty pounds of muscle. In the end, Branagh decided he was more suitable as the antagonist and cast him as Loki. To prepare for his role as Loki, Hiddleston trained in the Brazilian martial art of capoeira.

Hiddleston appeared with Benedict Cumberbatch, Gemma Arterton, Eddie Redmayne and Rose Byrne among others in Danny Boyle's one time production of The Children's Monologues in November 2010 where he played Prudence, a young girl upset with her mother for her father leaving and excited for her birthday. The play was a one time event of adapted stories of children's first-hand experiences in South Africa being re-interpreted by and performed by various actors.

Also in 2011 Hiddleston portrayed novelist F. Scott Fitzgerald in writer-director Woody Allen's Midnight in Paris, the noble Captain Nicholls in War Horse, a film based on the 1982 novel by Michael Morpurgo, directed by Steven Spielberg, and Freddie Page, a RAF pilot in the drama The Deep Blue Sea, alongside Rachel Weisz. In 2012, he reprised his role as the supervillain Loki in The Avengers. While filming a scene with Chris Hemsworth, who plays Thor, the film's director, Joss Whedon told the fighting duo that the scene did not look real enough, so Hiddleston told Hemsworth to really hit him for the fight scene. "I said to Chris, 'Dude, just hit me. Just hit me because I'm protected here and it's fine.' He's like, 'Are you sure?' I was like, 'Yeah, it will look great. Just go for it.'"

Hiddleston provided the voiceover the Ancient Egyptian Book of the Dead in 2011 and poetry for iF Poems and The Love Book on iTunes in 2012.

On television in 2012, Hiddleston appeared in the BBC Two series The Hollow Crown, portraying Prince Hal opposite Jeremy Irons as Henry IV in the adaptation of Shakespeare's Henry IV, Part I and Part II. He later as appeared as King Henry V in the television film Henry V. In 2013, Hiddleston played Loki again in Thor: The Dark World, following which he played a vampire, Adam, in Jim Jarmusch's film Only Lovers Left Alive with Tilda Swinton as Eve and Mia Wasikowska.

From December 2013 to February 2014, Hiddleston played the title character in William Shakespeare's Coriolanus at the Donmar Warehouse in Covent Garden directed by Josie Rourke. It was also aired live internationally on 30 January 2014. David Benedict of Variety praised a "scorching" performance. He had a cameo in the 2014 film Muppets Most Wanted, as the Great Escapo.

In January 2014, Hiddleston became a spokesperson for Jaguar Cars in their "Good to be Bad" ad campaign featuring British actors in villain-themed commercials to promote Jaguars new models. The first commercial of the campaign, titled "Rendezvous", first aired during the 2014 Super Bowl and featured Hiddleston along with Mark Strong and Ben Kingsley.

In April 2014, Hiddleston starred in another commercial in the campaign, titled "The Art of Villainy". It was released on YouTube, promoting the F-Type coupe. However, the Advertising Standards Authority received complaints about the video "encouraging irresponsible driving". Jaguar Land Rover said that in the ad, when the car did leave the car park, it "accelerated briefly" and that police were present at filming to confirm the speed limit was not breached but the ASA ruled against it and banned the commercial.

It was announced in June 2014 that Hiddleston would play country music singer Hank Williams in the 2015 biopic I Saw the Light, based on the 1994 biography. It was directed by Marc Abraham and started shooting in Louisiana in October 2014. Legendary Pictures announced in September 2014 that Hiddleston would star in the upcoming King Kong film Kong: Skull Island. It is set to be released on 10 March 2017 and will be directed by Jordan Vogt-Roberts. He is also set to reprise his role as Loki in Thor: Ragnarok, scheduled for release on 3 November 2017, as well as Avengers: Infinity War (2018) and its currently untitled sequel (2019).

Hiddleston was one of the narrators in the 2015 documentary Unity directed by Shaun Monson. Hiddleston appeared as Jonathan Pine in the 2016 television mini-series The Night Manager based on the espionage and detective novel of the same name by John le Carré. The series started filming in Spring 2015 and aired on AMC with Hugh Laurie also starring.

He lives in Belsize Park. Hiddleston was one of the celebrities, including Benedict Cumberbatch, Jo Brand, E. L. James and Rachel Riley, to design and sign his own card for the UK-based charity Thomas Coram Foundation for Children. The campaign was launched by crafting company Stampin' Up! UK and the cards were auctioned off on eBay during May 2014. He is also a UK ambassador of the humanitarian and developmental assistance fund group UNICEF. He travelled to Guinea in early 2013 to help women and children and raise awareness about hunger and malnutrition. Hiddleston is a self-described feminist.

Hiddleston won the light-hearted UK award Rear of the Year 2016, in which the public nominate the male and female, UK-based celebrity that they think should win the ‘Rear of the Year’ award.

In character as Loki at the San Diego Comic-Con International promoting Thor: The Dark World, July 2013 At the New York premiere of The Avengers during the Tribeca Film Festival, April 2012
The contents of this page are sourced from Wikipedia article. The contents are available under the CC BY-SA 4.0 license.
comments so far.
Comments
From our partners
Sponsored
Trending today in 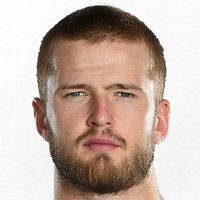