Harp played football as a fullback at Miami University in 1945 and then as a quarterback at Muskingum University in 1949 and 1950, where he was a member of back-to-back Ohio Athletic Conference championship squads.

Harp began his coaching career in 1951 at Carrollton High School in Carrollton, Ohio, where he compiled a record of 20–6–1 over three seasons. He then moved on to Massillon Washington High School in Massillon, Ohio, tallying a mark of 18–2 over two seasons and winning the Ohio State title in 1954. From 1956 to 1960, Harp coached the backfield at the United States Military Academy under head coaches Earl Blaik and Dale Hall.

The contents of this page are sourced from Wikipedia article on 30 Dec 2020. The contents are available under the CC BY-SA 4.0 license.
View Tom Harp 's image gallery
Image Gallery 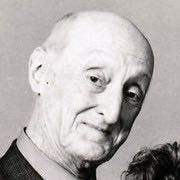