Tom Delaney (September 14, 1889 – December 16, 1963) was an African-American blues and jazz songwriter, pianist and singer, who wrote a number of popular songs, mainly in the 1920s. His work was recorded by many of the more fashionable singers and musicians of the period and later times, including Lillyn Brown, Lucille Hegamin, Ethel Waters, Earl Hines, Count Basie, Bix Beiderbecke, Big Joe Williams, Clara Smith, Alberta Hunter, Clarence Williams, James P. Johnson, Woody Herman, Bukka White, Toots Thielemans, and Dinah Washington.
Although known primarily as a writer of other performers songs, Delaney recorded a small amount of his own material.

Thomas Henry Delaney was born in Charleston, South Carolina, United States. He spent his childhood in various orphanages. These included the Jenkins Orphanage in Charleston, where Delaney got his first experience of music and formed the Springfield Minstrels, later touring the East Coast in a song and dance duo billed as Mitchell and Delaney.

One of Delaney's earliest compositions, "Jazz Me Blues", was published in 1921, and became one of his more durable works. Lucille Hegamin recorded it that year and it went on to become a jazz standard. In the same year, "The Down Home Blues", when recorded by Ethel Waters with Delaney on accompanying piano, became her first hit. It reached number 5 on the U.S. chart. Delaney also became Waters manager.

His 1923 composition, "Sinful Blues", was one of several of Delaney's that became under the influence of the then record producer and publicist, Joe Davis. Consequently, many subsequent recordings list Perry Bradford as the songwriter, although Delaney did remain the accredited composer for Maggie Jones' "If I Lose, Let Me Lose (Mamma Don't Mind)", and Clara Smith's "Troublesome Blues" (1927). Whereas, Helen Gross' 1924 rendition of Delaney's "I Wanna Jazz Some More", became more notable for his rhyming line of "Miss Susan Green from New Orleans." For some reason, a number of Delaney's songs were not published at all, such as "Goopher Dust Blues" (with the deliberate or otherwise error in spelling), and "Grievin' Mama." His "All the Girls Like Big Dick" was too risque a title for release in the 1920s, despite a loosening of morals in that period, but was published by Davis in the 1950s.

In 1929, Delaney composed "Down on Pennsylvania Avenue", using in the lyrics his own bad luck lines; "Now if you want good lovin' and want it cheap, just drop around about the middle of the week, when the broad is broke and can't pay rent, get good lovin' boys, for 15 cents." It was one of only four songs recorded by Bertha Idaho. There is some confusion as to whether Delaney, or Clarence Williams, supplied the piano accompaniment to Idaho's recordings.

Delaney's own recorded work amounted to a couple of singles, both recorded in New York. and released on Columbia Records in 1922. These were :-

Delaney's version of his own song, "Georgia Stockade Blues", appeared on the 1999 compilation album, Broke, Black And Blue : An Anthology Of Blues Classics And Rarities.

Delaney died in December 1963, in Baltimore, Maryland, from atherosclerosis at the age of 74. 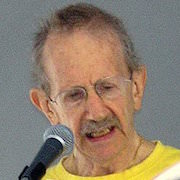 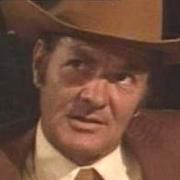