Professor Thomas Edwin "Tom" Calma, AO (born 27 December 1953) in Darwin, Northern Territory an Australian Aboriginal elder of the Kungarakan people and member of the Iwaidja tribal group whose traditional lands are south west of Darwin and on the Cobourg Peninsula in the Northern Territory respectively, a human rights and social justice campaigner, is the sixth Chancellor of the University of Canberra, a post held since January 2014. Calma is the first Aboriginal or Torres Strait Islander man to hold the position of Chancellor of any Australian university.

Prior to his appointment as University of Canberra Chancellor, Calma served on the University Council from October 2008 and was the Deputy Chancellor. Since March 2010 Calma has been the Federal Government appointed National Coordinator, Tackling Indigenous Smoking, leading the fight against tobacco use in Aboriginal and Torres Strait Islander communities.

Calma was named as 2013 ACT Australian of the Year and awarded an Order of Australia; Officer of the General Division in 2012 in recognition of his work as an inspirational advocate for human rights and social justice and distinguished service to the Indigenous community.

For over 40 years Calma has championed the rights, responsibilities and welfare of Aboriginal and Torres Strait Islander peoples. He has been involved in Indigenous affairs at a local, community, state, national and international level and worked in the public sector focusing on rural and remote Australia, health, education, justice reinvestment, research, reconciliation and economic development. Calma’s 2005 Social Justice Report – focusing on Indigenous health equality – was the catalyst for the Close the Gap campaign.

Between 1995 and 2002 Calma represented Australia's education and training interests as a senior diplomat in India and Vietnam; and in 2003, he served as Senior Adviser for Indigenous Affairs to the Honourable Philip Ruddock in his capacity as the Minister of Immigration, Multicultural and Indigenous Affairs. Calma served as Aboriginal and Torres Strait Islander Social Justice Commissioner at the Australian Human Rights Commission from 2004 to 2010 and as the Race Discrimination Commissioner from 2004 until 2009. During this time the Social Justice Report 2005 called on Australian governments to commit to achieving equality for Aboriginal and Torres Strait Islander people in the areas of health and life-expectancy within a generation (25 years) and advocated embedding a social determinants philosophy into public policy around health, education, employment, housing and behaviours in order to address Indigenous inequality gaps.

This report laid the foundation for the Close the Gap campaign; a collaboration of some 40 Indigenous and non-Indigenous Australian health and human rights peak bodies and groups. Calma founded the Close the Gap Steering Committee for Indigenous Health Equality in 2006 and was its inaugural Chairperson. He retired as Co-Chair of the Steering Committee in 2010. The Close the Gap Campaign has effectively brought national attention to achieving health equality for Indigenous people by 2030. In addition to the Close the Gap for Indigenous Health Equality Campaign, Calma has been instrumental in the establishment of the National Congress of Australia’s First Peoples, the development of the inaugural National Aboriginal and Torres Strait Islander Suicide Prevention Strategy, and the promotion of Justice Reinvestment. Indeed, Calma was one of the first proponents of justice reinvestment in Australia, introducing the concept in the Social Justice Report 2009.

Calma is Co-Chair of Reconciliation Australia, Chair of the not-for-profit organisation Ninti One Ltd, and the Cooperative Research Centre for Remote Economic Participation, and Patron and Chair of the Poche Centres for Indigenous Health Network. Dr Calma was appointed a Professor with the University of Sydney’s Medical School to Chair the Poche Indigenous Health Network on 1 January 2015. In 2008, Calma delivered the formal response to the government's National Apology to the Stolen Generations. In March 2010, Calma was appointed National Coordinator Tackling Indigenous Smoking to lead the fight against tobacco use in Aboriginal and Torres Strait Islander communities.

In October 2015, Calma was awarded one of four inaugural University of South Australia Alumni Awards for his service to society and in November 2015 was awarded the Public Health Association Australia’s pre-eminent Sidney Sax Public Health Medal for notable contribution to the protection and promotion of public health, advancing community awareness of public health measures and advancing the ideals and practice of equity in the provision of health care.

On 1 July 2016, Calma received the Martin Luther King Jr Memorial Flag Award on the 240th anniversary of the United States of America's independence.

In October 2016, Calma was appointed the inaugural Chair of the Atlantic Fellows for Social Equity program led by the University of Melbourne. 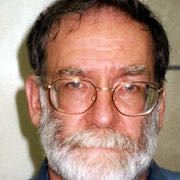 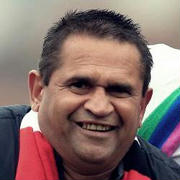 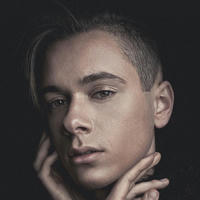