Immediately before, he was a fellow at the Atlantic Council and prior to that he served as Deputy Homeland Security Advisor to President George W. Bush. In that capacity, he co-authored the 2007 National Strategy for Homeland Security. Prior to that, Bossert held positions in the Federal Emergency Management Agency, the Small Business Administration, the Office of the Independent Counsel, and the House of Representatives. He also was appointed as the Director of Infrastructure Protection under Bush, overseeing the security of critical U.S. infrastructure, a post he held for two years.

Bossert was appointed the Senior Director for Preparedness Policy within the Executive Office of the President.

Bossert was born and raised in Quakertown, Pennsylvania, where he graduated from Quakertown Community High School in 1993. He attended the University of Pittsburgh, where he earned a Bachelor of Arts in Political Science and Economics in 1997, and attended George Washington University Law School, earning his Juris Doctor in 2003.

Following the end of the Bush administration, Bossert was made a Nonresident Zurich Cyber Risk Fellow at the Atlantic Council's Cyber Security Initiative, a position he held until 2016. He also became president of the risk management consulting firm Civil Defense Solutions.

On December 27, 2016, the Trump transition team announced that then President-elect Donald Trump intended to appoint Bossert to the post of Homeland Security Advisor (officially titled the Assistant to the President for Homeland Security and Counterterrorism), a position that would not require Senate confirmation. Bossert was officially appointed on January 20, 2017, the date of President Trump's entrance into office.

In July 2017, a British hacker spear-phished Bossert into thinking he was Jared Kushner by sending an email to Bossert. The hacker also received Bossert's private email address without asking for it.

The contents of this page are sourced from Wikipedia article on 30 Sep 2019. The contents are available under the CC BY-SA 4.0 license.
View Tom Bossert 's image gallery
Image Gallery 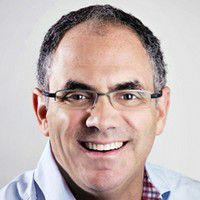