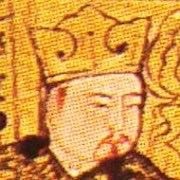 Tolui (c.1191–1232) was the fourth son of Genghis Khan by his chief khatun Börte. His ulus, or territorial inheritance, at his father's death in 1227 was the homelands in Mongolia, and it was he who served as civil administrator until 1229, the time it took to confirm Ögedei as second Great Khan of the Mongol Empire (1206–1368). Before that he had served with distinction in the campaigns against the Jin dynasty, the Western Xia and the Khwarezmid Empire, where he was instrumental in the capture and massacre at Merv and Nishapur. He is a direct ancestor of most of the Ilkhanids.

Tolui never used the title of Khagan himself; neither Genghis Khan nor his immediate three successors would ever use any reigning titles unlike the neighboring Chinese dynasties in the south. Tolui was awarded the title of Khagan by his son Möngke and was given a temple name (Chinese: 元睿宗; pinyin: Yuán Ruìzōng; Wade–Giles: Jui-Tsung) by his other son Kublai, when he established the Yuan dynasty a few decades later.

During the rise of Genghis Khan, Tolui was too young to be involved in the battles. Tolui was almost killed by a Tatar when he was about five years of age. He was saved by his sister Altani and two companions of Genghis. In 1203, His father bestowed on Tolui his wife Sorghaghtani, the niece of Ong Khan (a friend of Tolui's grandfather Yesugei). Their first son Möngke was born in 1209.

He first entered combat against the Jin dynasty in 1213, scaling the walls of Dexing with his brother-in-law Chiqu.

In 1221, Genghis Khan dispatched him to Khorasan in Iran. The cities in this area had revolted several times. The defenders of Nishapur killed Toquchar, the brother-in-law of Tolui in November 1220. Tolui's army evacuated Nishapur onto the plains. He ordered the total massacres of Nishapur and Merv.

When Genghis Khan was deciding who should succeed him, he had trouble choosing between his four sons. Tolui had amazing military skills and was very successful as a general, but Genghis Khan chose Ögodei, who was more capable politically. Genghis Khan felt that Tolui would be too cautious to be an effective leader. Tolui was with his father on campaign against Xi Xia in 1227.

After Genghis Khan's death, Tolui generally supervised the Mongol Empire for two years. The Mongol nobles accepted this partly because of the tradition that the youngest son inherits his father's properties, and partly because Tolui had the largest and most powerful army in central Mongolia at the time. Tolui supported the choice of the next Khagan by election, and Ögedei was chosen, fulfilling his father's wishes.

Tolui campaigned with Ögedei in north China, serving as strategist and field commander in 1231–32. Two armies had been dispatched to besiege Kaifeng, the capital of the Jin. After most of the Jin's defences were breached, they returned north.

According to The Secret History of the Mongols, Tolui sacrificed himself in order to cure Ögödei from a very severe illness during a campaign in China. The shamans had determined that the root of Ögödei's illness were China's spirits of earth and water, who were upset that their subjects had been driven away and their land devastated. Offering land, animals, and people had only led to an aggravation of Ögödei's illness, but when they offered to sacrifice a family member, Ögödei got better immediately. Tolui volunteered and died directly after consuming a cursed drink. However, Ata-Malik Juvayni says he died from alcoholism.

Perhaps more important than himself was the role of his family, the Toluids, in shaping the destinies of the Mongol Empire. Through his Nestorian Christian wife Sorghaghtani Beki, Tolui fathered Möngke, Kublai, Ariq Böke, and Hulagu. The first three of these would all go on to claim the title of Great Khan, while Hulagu founded the Ilkhanate and Kublai the Yuan dynasty of China. It was the rivalry between Tolui's own sons, Kublai and Ariq Böke, that fragmented the power of the empire and set the western khanates against each other in the Toluid Civil War between 1260 and 1264.

Rivalry between the Toluids and the sons of Ögedei and Jochi caused stagnation and infighting during the regency periods after the deaths of Ögedei and his son Güyük. Möngke posthumously awarded his father the title of Khagan in 1252. When Kublai Khan established the Yuan Dynasty in 1271, he had his father Tolui placed on the official record as Ruizong. Tolui's line ruled Mongolia and south Mongolia from 1251 to 1635, and Mongolia until 1691.

He and his wife are honored beside Genghis Khan at the mausoleum constructed in the 1950s by the Chinese Communists in Inner Mongolia.

Tolui had many concubines and wives including Lingqun khatun , but the chief one was Sorghaghtani Beki who was the mother of Tolui's four ruling sons.

The contents of this page are sourced from Wikipedia article on 12 Feb 2020. The contents are available under the CC BY-SA 4.0 license.
View Tolui 's image gallery
Image Gallery 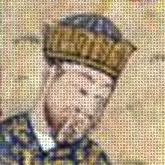 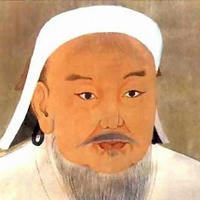 Founder and first emperor of the Mongol Empire 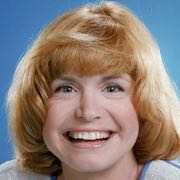 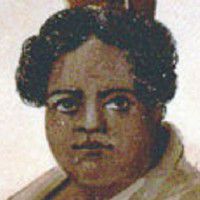