Todd Russell Platts (born March 5, 1962) is an American attorney and Republican Party politician who serves as a Judge on the York County Court of Common Pleas and is a former U.S. Representative for Pennsylvania's 19th congressional district, serving from 2001 to 2013.

The district, since redrawn and renumbered, encompassed south-central Pennsylvania, including all of York and Adams Counties, and a large portion of Cumberland County. York, Hanover, Gettysburg and Carlisle were some of the prominent cities and towns included. In January 2012, Platts announced his intention to retire from Congress.

Platts was first elected to public office in November 1992, to represent the 196th legislative district in the Pennsylvania House of Representatives. The election marked the first time that the 196th district was fought on its present boundaries; following the 1990 census, the approved legislative reapportionment plan moved it out of Philadelphia, and into its present boundaries. He took office on January 5, 1993, and left on November 30, 2000.

While in Congress, Platts refused to accept contributions from any special interests or political action committees.

Platts was elected to the U.S. House of Representatives in 2000, after winning a little over half the vote in a crowded Republican primary, and easily defeating college professor Jeff Sanders, the Democratic nominee, in the general election. He replaced Congressman Bill Goodling, who chose not to run for re-election that year.

Platts ran unopposed by the Democratic Party during the 2002 and 2004 elections, although in 2002, he faced opposition in the Republican primary, most notably from Tom Glennon. He faced York College professor and decorated Vietnam Veteran Phil Avillo, Jr., the Democratic nominee, and Derf Maitland of the Green Party in the 2006 election. Platts won 64% of the vote to Avillo's 33% and Maitland's 3%.

In 2008, Platts and Avillo faced off again. With 67% of the vote, Platts became the most electorally successful Republican Congressional candidate in the Northeast.

Platts was challenged by Democratic nominee Ryan Sanders and Independent Patriots nominee Joshua Monighan. Platts was re-elected to a sixth term with 72% of the vote.

As a Congressman, Platts supported many of President George W. Bush's initiatives, tax cuts, drilling in ANWR, the Medicare Prescription Drug Plan, the Iraq War, and a ban on same-sex marriage.

He opposed any version of Bush's school voucher proposal, supported offshore oil drilling, supported increasing government regulated fuel efficiency standards for automobiles, voted for the Matthew Shepard Act, a hate crimes prevention bill, and supported the McCain-Feingold campaign finance legislation. In 2006, the National Journal political index describes him as having a moderate voting record despite the relatively conservative nature of his district, although the district does include some exurbs of Baltimore, Maryland. That journal gave him "conservative" ratings of 53% (economy), 65% (social issues) and 73% (foreign policy) in the 2004 congress. Platts' district went 64–36 for Bush in 2004. He has broken with his party on several issues, for example supporting President Obama's expansion of SCHIP and the Edward M. Kennedy Serve America Act.

He is a member of the Republican Main Street Partnership and supports stem-cell research. Early in his political career, after his initial election to the Pennsylvania House, Platts was pro-choice. However, he later changed his views and became pro-life. He remains so to this day, and he has a pro-life voting record as a Congressman.

Along with nearly all other Republican members of the US House of Representatives, Mr. Platts voted to support The Path to Prosperity, the budget put forward by U.S. Representative Paul Ryan (R-WI). However, the next year he joined nine other Republicans in voting against Rep. Ryan's budget.

In 2013, Platts announced that he was running for a seat on the York County Court of Common Pleas. In a poll conducted by the York County Bar Association, 77% of its members responded that they believed Platts to be "not qualified" to serve on the bench. Platts and incumbent judge Mike Flannelly, also a Republican, who was appointed to the seat in 2012 following the death of Judge Chuck Patterson, both cross-filed to run in both the Democratic and Republican primary elections. Platts won the Republican primary 56%–44%, while Flannelly won the Democratic primary by the same margin. Platts and Flannelly faced each other again in the general election in November, which Platts won with 58% of the vote, to serve a ten-year term.

The contents of this page are sourced from Wikipedia article on 06 Oct 2019. The contents are available under the CC BY-SA 4.0 license.
View Todd Russell Platts 's image gallery
Image Gallery 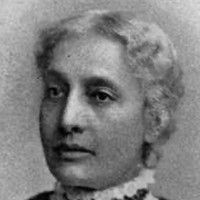