Hundley made his major league debut with the New York Mets on May 18, 1990 when he was 20. He came up with great fanfare but didn't hit very well his first few years in the major leagues. After a few years and a few injuries, his hitting increasingly improved to match his defense. Hundley broke the single-season home run record for catchers (then held by Roy Campanella) in 1996 with 41 home runs, which was also the single-season record for the Mets. Since then, the record for home runs by a catcher in a single season has been broken by Javy López in 2003, and Carlos Beltrán tied the Mets' single season record in 2006. Hundley was an all-star in 1996 and 1997 while playing for the New York Mets.

The Mets' acquisition of Mike Piazza in May 1998 combined with a career-threatening elbow injury brought his tenure with the Mets to a close. With Piazza on the roster, Hundley attempted to make a comeback as a left fielder, but was unsuccessful and was later traded to the Los Angeles Dodgers at the end of the season on December 1, 1998 in a three-team trade that brought Armando Benítez and Roger Cedeño to the Mets while also sending fellow catcher Charles Johnson to the Orioles. In addition to the Dodgers, Hundley also played for the Chicago Cubs (2001–2002), and then returned to the Dodgers for the 2003 and 2004 seasons.

Throughout his career in baseball, Hundley earned over $47 million, according to the Society for American Baseball Research (as of 2004). 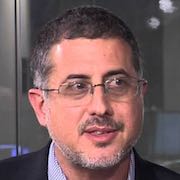