Todd Decker is an American musicologist. He is Professor of Music and Chair of the Music Department at Washington University in St. Louis.

Decker was graduated from Fresno Pacific College in 1989, then earned a Master of Music degree in harpsichord from the San Francisco Conservatory of Music in 1991. He completed the Ph.D. at the University of Michigan in 2007 and joined the faculty of Washington University in St Louis that same year.

Decker's research, teaching, and publications generally focus on American popular music from 1920 to the present, with particular emphasis on the Broadway and Hollywood musical, Hollywood film music (and sound), the recorded popular music industry, and jazz (before 1970). 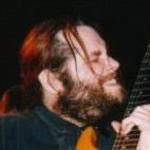