Todd Chrisley is an American multimillionaire real estate developer and entrepreneur. He is the star of USA Network's hit reality TV show Chrisley Knows Best. He is known for his flashy, materialistic lifestyle and reckless spending.

Chrisley was born on April 6, 1969, in Georgia to Faye Chrisley and Gene Raymond Chrisley, a veteran of the United States Army. Todd was raised with his brother, Randy Chrisley in Westminster, South Carolina.

In 2002, Chrisley founded Chrisley Asset Management, a firm that reportedly relied on buying up foreclosed homes, then turning them around for a profit. People.com reported that amid several lawsuits and judgments against him, Chrisley filed for Chapter 7 bankruptcy protection in August 2012.

In August 2019, WSBTV revealed that a federal grand jury had indicted Todd and Julie on multiple counts of bank and wire fraud, tax evasion, and conspiracy.

U.S. Attorney Byung J. "BJay" Pak said in a statement: "Todd and Julie Chrisley are charged not only with defrauding a number of banks by fraudulently obtaining millions of dollars in loans, but also with allegedly cheating taxpayers by actively evading paying federal taxes on the money they earned... Celebrities face the same justice that everyone does. These are serious federal charges and they will have their day in court."

The Chrisley family denied the claims. A day before the announcement of the indictment, on August 12, Chrisley addressed the situation in an Instagram post, stating that a former employee stole from his family, forged their signatures, created "phony documents," and bugged his home. He said that the employee is now seeking "revenge" and told the government that the Chrisleys are guilty of the financial crimes.

Thank you all for your love and support. Our family will forever be grateful ❤️ God bless you all!

In a followup to the news, WSBTV reported that Chrisley and his wife, Julie, appeared in court on August 14, and pleaded not guilty. They were each released on a $100,000 bond and were ordered travel restriction between Tennessee and Georgia, unless permitted by their probation officers.

On April 9, 2020, in his podcast, Chrisley Confessions, Chrisley revealed he tested positive for coronavirus and is recovering after being hospitalized for several days. In the episode, he said: "I mean, folks, come on. Can we talk about this b—h called corona?... I have been battling corona for three weeks. I was in the hospital for four and a half days, fever between 100 to 103, and it has been the sickest that I have ever been in the 52 years that I have been on this earth." He added "but as of right now, folks, I still am not clicking on all cylinders. I am probably about 70 to 75% of what I normally I am, but that last 25% is kicking my a**." 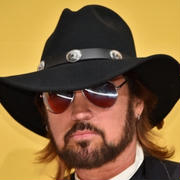