Berry was the 19th head football coach for the Illinois State Redbirds in Normal, Illinois and he held that position for four seasons, from 1996 until 1999. His overall coaching record at ISU was 24 wins, 24 losses, and 0 ties. This ranks him eighth at ISU in terms of total wins and ninth at ISU in terms of winning percentage.

Berry was named the 32nd head football coach for the Army Black Knights football team, beginning in the 2000 season. In 2003, he was fired after an 0–6 start, and the team finished the season with an 0–13 record. Berry has the lowest winning percentage of any Army head coach who served as head coach for more than six games.[[1]].

Berry was the head football coach at Louisiana–Monroe. He was the offensive coordinator for Louisiana–Monroe from 2004 to 2005 under head coach Charlie Weatherbie. Berry was fired by Louisiana-Monroe on November 14, 2015.

The contents of this page are sourced from Wikipedia article on 14 Jan 2021. The contents are available under the CC BY-SA 4.0 license.
View Todd Berry 's image gallery
Image Gallery 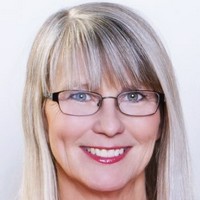