Alfredo William "Tito" Horford (born January 19, 1966) is a retired Dominican professional basketball player who was selected by the Milwaukee Bucks in the 2nd round (39th overall) of the 1988 NBA draft. Horford played three years in the NBA, two with the Bucks from 1988–1990, and a short stint with the Washington Bullets during the 1993–94 season. He played in Spain in 1992. He was listed on the Bucks` summer 1992 roster.

Born in La Romana, Dominican Republic, he enrolled at Louisiana State University before being kicked off the team. He then played at Miami. Horford attended Marian Christian High School in Houston which originally recruited him from the Dominican Republic.

Drafted by the Milwaukee Bucks with the 39th pick of the 1988 NBA draft, Tito Horford became the first Dominican-born player to play in the NBA.

Tito's father was a Bahamian immigrant. His son, Al Horford, went to the University of Florida and played a prominent role on the Gators team that won the national championship in 2006 and 2007. He was selected 3rd overall by the Atlanta Hawks in the 2007 NBA draft.

His son Jon Horford played forward for the University of Michigan basketball team. He then transferred to Florida after his junior season.

Taekwondo practitioner from the Dominican Republic 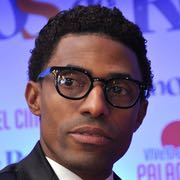