Tisha Felice Waller, (born December 1, 1970 in South Boston, Virginia) is an American athlete competing in the high jump, who participated in the 1996 Summer Olympics and 2004 Summer Olympics. She is a five time American Champion, and internationally won the 1998 Goodwill Games, plus bronze medals in the 1991 World University Games and the 1999 World Indoor Championships.
Tisha Waller graduated from Halifax County High School and the University of North Carolina. After graduating she became a kindergarten teacher, becoming 1996 Teacher of the year honors at Livsey Elementary School in DeKalb County, Georgia. That same year she won the United States Olympic Trials (track and field) and competed in the home town Olympics. She concentrated on High Jump, coached by Nat Page for a few years but taking the 2001 season off to finish her master's degree at Clark University and return to teaching first grade at a brand new school, Wynbrooke Traditional Theme School in Stone Mountain, Georgia. She was named USATFs Visa Humanitarian Athlete of the Year in 2003.
Waller established an American women's indoor record of 2.01 meters (6' 7.25") at the 1998 USA Indoor Championships on February 28, 1998. Her mark stood for 14 years until it was broken by Chaunte Lowe by a single centimeter, 2.02m, at the 2012 USA Indoor Championships. 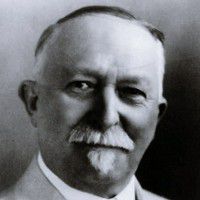