Following the success of "Mysterious Times", she had two further UK Top 20 hits with the follow-up "Pray", released in November 1998, which also achieved success in the US, and the 1999 re-release of "Killin' Time". Follow-up singles "Forever" and the reissued "Angel" reached the UK Top 50 (though a published recount of the singles chart showed that "Forever" actually reached #38 rather than the previously published #45). Cousins turned her attention to Australia where the song, "Forever" achieved gold sales. "Pray" was also a success in Australia, reaching the Top 10 and becoming her second gold single in the ARIA Charts where it remained for more than four months.

Whilst in Australia on a promotional tour, she re-recorded her track "Nothing to Fear" and had it remixed by the Groove Peddlers. This became her third Australian single, and the video was also shot there.

Cousins joined Billie Piper, Cleopatra, B*Witched and Steps on the track "Thank ABBA for the Music", a medley of ABBA hits that they performed as a tribute at the Brit Awards. The single was released and reached the Top 10 in the UK, Republic of Ireland, Sweden, Australia and New Zealand. In 2000, she again collaborated with Sash!, on the UK Top 10 hit "Just Around the Hill".

The follow-up single was "Come to Me". Both singles were taken from her second album Mastermind, which reached the UK and Australian Top 50. The third single to be taken from the album, "Pretty Young Thing", was released in two CD formats, one of which was limited to 1,000 pressings. The single reached the Australian Top 30.

Cousins made a guest appearance on Never Mind the Buzzcocks, a UK television comedy panel show, which was broadcast on 2 November 2006, in the game's Identity Parade.

During late 2006, dance format radio station WMPH became the first US station to put any of Cousin's singles in regular rotation. In 2007, she co-wrote and performed vocals on two songs on the Main Line album by Dutch group 4 Strings. The track "Curious" became a Top 30 Hot Dance Airplay hit.

On 7 March 2009, Cousins announced on her website that a new track had been recorded along with a film clip for a new single called "Can't Hold Back". This song is with Bellatrax and was released in the US and the UK on Michael Gray's Eye Industries label in late summer 2009. In April 2009, Cousins announced that she had recorded a cover version of "Sex on Fire", originally by the Kings of Leon. The track was produced by Topham & Twigg and was released on iTunes UK on 2 September. She signed a worldwide deal with Sony Music International in September 2010, and "Sex on Fire" was released worldwide in autumn 2010.

The video for "Sex on Fire" was leaked to YouTube in October 2010. The video is most notable for its explicit scenes. The pop music blog, Popjustice, described it as "another exercise in awful and amazing".

From 2010 Tina also released new music with the singles "Everlong", " Love Comes Back", "Diamonds" and "When Tomorrow Comes".

Cousins divides her time between Australia and the UK, performing regularly.

In November 2016, she will tour Australia with the Vengaboys, Sonique, Whigfield and Joanne Accom. 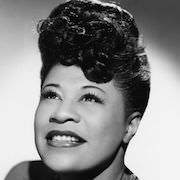