Ibragimov is from Uzbekistan. He is the cousin of former WBO Heavyweight Champion Sultan Ibragimov, although Sultan is a native of Dagestan. Both of Ibragimov's parents are of Turkic origin, and his father is from the Khorezm region. Ibragimov himself is an Uzbek Turk and a Muslim.

Ibragimov participated in the 1996 Summer Olympics in Atlanta as a member of the 1996 Uzbek Olympic team. In this tournament, Ibragimov lost a highly controversial decision to Croatia's Stipe Drews.

Ibragimov turned professional in 2000, fighting alongside his cousin Sultan in a stable managed by Boris Grinsberg. Now based in the United States, Ibragimov ran up a record of 21-0-1 by 2006. His lone draw was against Kevin Johnson.

In 2006 Ibragimov was outpointed by then-undefeated Calvin Brock in a high-profile fight televised by HBO. Although he rocked Brock early with a solid right cross, Ibragimov fought defensively for most of the bout against his more experienced opponent. The scores were 119-109, 117-111, and 115-113. On February 16, 2007 Ibragimov lost a unanimous decision to top contender Tony Thompson. Ibragimov rallied in the last two rounds, but was not able to overcome the points advantage accumulated by Thompson earlier in the bout. The scores were 99-91, 97-93, and 97-93.

Later in 2007, Ibragimov won a unanimous decision over former European champion Timo Hoffmann in Germany. Ibragimov dominated the bout with shifty boxing tactics and hurtful counter rights to the head. The scores were 99-94, 98-92, and 97-93. The victory was regarded as an upset, and it positioned Ibragimov on the edge of the world ratings.

Due to promotional and managerial problems, Ibragimov was inactive after beating Hoffman. In 2008, Ibragimov fought only twice, winning decisions each time. He won two fights in 2009 as well.

In December 2010, Ibragimov lost a 12-round split decision to former cruiserweight champion Jean-Marc Mormeck. The bout, held in Paris for the vacant WBA International heavyweight title, was closely contested. Many reporters actually scored the fight in favor of Ibragimov. One judge favored Ibragimov 115-113, but was overruled by two judges who chose Mormeck by margins of 116-111 and 116-112. At the time of this match, Ibragimov was ranked seventh worldwide by the World Boxing Association.

After the Mormeck fight, Ibragimov remained inactive for an entire year. When he finally fought again, in December, 2011, he was surprisingly stopped in two rounds by the undefeated, power-punching contender Seth Mitchell. The defeat, which took place in Washington, D.C., marked the first time that Ibragimov had lost by knockout or technical knockout as an amateur or professional.

As of July 2012, Ibragimov's professional record is 31-4-1 with 16 knockouts. He is currently the WBA Pan-African Heavyweight champion. 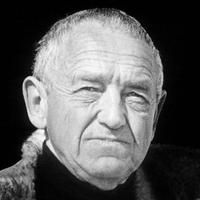 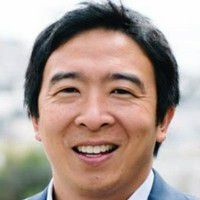 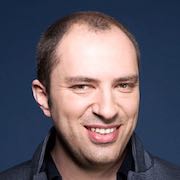