Admiral Timothy Peter Fraser, CB is a senior Royal Navy officer who serves as Vice-Chief of the Defence Staff since May 2019.

Fraser was educated at Lord Williams's School, a comprehensive school in Thame, Oxfordshire.

Fraser joined the Royal Navy in 1982 and was commissioned a sub-lieutenant on 1 January 1984. He captained the patrol craft HMS Archer from 1989 to 1991, and served as captain of the destroyer HMS Gloucester from 1997 to 1998 and of the destroyer HMS Cardiff from 2001 to 2003. In the latter he was also commander of the 5th Destroyer Squadron. Fraser was appointed captain of the aircraft carrier HMS Illustrious in 2006, and Director of Naval Plans and resources at the Ministry of Defence in 2007. He went on to be Commander, United Kingdom Maritime Component, Persian Gulf in 2010.

Promoted to rear admiral on 16 January 2012, Fraser became Senior British Advisor, United States Central Command in 2012, and Assistant Chief of Defence Staff (Capability & Force Design) at the Ministry of Defence in 2014. He was appointed a Companion of the Order of the Bath in the 2015 Birthday Honours. Promoted to vice admiral on 26 June 2017, Fraser was appointed Chief of Joint Operations that month. He was promoted admiral and succeeded General Sir Gordon Messenger as Vice-Chief of the Defence Staff in May 2019.

The contents of this page are sourced from Wikipedia article on 26 May 2020. The contents are available under the CC BY-SA 4.0 license.
View Timothy Fraser 's image gallery
Image Gallery 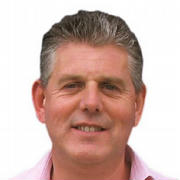