Timothy "Tim" Ferriss (born July 20, 1977) is an American author, entrepreneur and public speaker. He has written a number of self-help books on the "4-hour" theme, some of which have appeared on the New York Times, Wall Street Journal, and USA Today bestseller lists, starting with The 4-Hour Workweek.
Ferriss is also an angel investor or an advisor to Facebook, Twitter, StumbleUpon, Evernote, and Uber, among other companies.

Ferriss grew up in East Hampton, New York and graduated from St. Paul's School in Concord, New Hampshire. He received a degree in East Asian Studies from Princeton University in 2000. After graduation, Ferriss worked in sales at a data storage company. Ferriss began building his own Internet business, BrainQUICKEN, while still employed at the company.

In 2001, Ferriss founded BrainQUICKEN, an online nutritional supplements company which made a product that was marketed as both BodyQuick and Brain Quicken. It was claimed that this product would dramatically increase short term memory and reaction speed, taking effect within 60 minutes. In 2010, he sold the company to a London-based private equity firm. It was the experiences Ferriss had running BrainQUICKEN that led him to write The 4-Hour Workweek.

In December 2008, Ferriss had a pilot on the History Channel called Trial by Fire, where he had one week to attempt to learn a skill normally learned over the course of many years. In the pilot episode he practiced yabusame, the Japanese art of horse archery. In December 2013, his television series The Tim Ferriss Experiment debuted on HLN. Although there were 13 episodes shot, only a portion of those were shown on television. The show was released in its entirety on iTunes.

In November 2013, Ferriss began an audiobook publishing venture, Tim Ferriss Publishing. The first book published was Vagabonding by Rolf Potts. Other books include The Obstacle Is The Way by Ryan Holiday, Daily Rituals by Mason Currey, and What I Learned Losing A Million Dollars by Jim Paul and Brendan Moynihan.

Ferriss is an angel investor and advisor to startups. He has invested or advised in start ups such as StumbleUpon, Posterous, Evernote, DailyBurn, Shopify, Reputation.com, Trippy, and TaskRabbit. He is a pre-seed money advisor to Uber, a company co-founded by Garrett Camp, founder of StumbleUpon, which Ferriss also advises. In September 2013, Ferriss raised $250,000 in under an hour to invest in Shyp by forming a syndicate on AngelList. Ferriss ended up raising over $500,000 through his backers and Shyp raised a total of $2.1 million. The New York Times listed Ferriss among their "Notable Angel Investors" while CNN said he was "one of the planet's leading angel investors in technology."

Ferriss is the author of four books, The 4-Hour Workweek, The 4-Hour Body, The 4-Hour Chef, and Tools of Titans; the first two were No. 1 New York Times bestsellers and the third was a No. 1 Wall Street Journal bestseller.

Ferriss developed the ideas present in The 4-Hour Workweek while working 14-hour days at BrainQUICKEN.

The book received both positive and negative reviews. Leslie Garner of The Telegraph noted that, "With a punchy writing style and a higher literacy level than most flash-in-the-pan gurus, Ferriss has struck a chord with his critique of workers's slavish devotion to corporations... Ferriss' book skillfully compartmentalises, then pathologises, workers's unhealthy relationships with office life." Dylan Tweney of Wired wrote, "Nearly every idea taken to extreme. No sense of work being anything more than a paycheck."

In 2009, The 4-Hour Workweek, Expanded and Updated was released by Random House and included multiple case studies authored by people who have utilized Ferriss's methods.

In December 2010, Ferriss's second book, The 4-Hour Body: An Uncommon Guide to Rapid Fat-Loss, Incredible Sex, and Becoming Superhuman, was published by Crown. The book covers more than 50 topics, including rapid fat loss, increasing strength, boosting endurance, and polyphasic sleep. Ferriss also introduces his version of the Slow-Carb Diet, which involves the elimination of starches and anything sweet (including fruit and all artificial sweeteners) and a strong preference for lean protein, legumes, and vegetables.

For the book, Ferriss interviewed more than 200 experts over a three-year period. The experts ranged from doctors to athletes to black-market drug salesmen. He said that he had recorded every workout he had done since the age of 18, and from 2004 (three years before his first book was published) he had tracked a variety of blood chemistry measurements, including insulin levels, hemoglobin A1c, and free testosterone. In the book, Ferriss wrote about using anabolic steroids, specifically "a number of low-dose therapies, including testosterone cypionate," under medical supervision following shoulder surgery, as well as using "stacks" consisting of testosterone enanthate, Sustanon 250, HGH, Deca-Durabolin, Cytomel, and other unnamed ingredients while training.

The 4-Hour Body debuted at No. 1 on The New York Times Best Seller list. It peaked at No. 4 on both the Wall Street Journal and USA Today's lists, and was one of Amazon.com's top 5 bestselling books for December 2010 and January 2011. As part of the press for the book, Ferriss appeared as a guest on The Dr. Oz Show and ABC's The View.

Ferriss's third book, The 4-Hour Chef: The Simple Path to Cooking Like a Pro, Learning Anything, and Living the Good Life was released by Amazon Publishing in November 2012.The 4-Hour Chef contains practical cooking and recipe tips and uses the skill of cooking to explain his methods for accelerated learning, which he calls "meta-learning".

The book reached No. 1 on the Wall Street Journal bestseller list in its first week of issue. However, many brick and mortar bookstores including independents and Barnes & Noble chose to not stock the book due to their objections to the business practices of Amazon Publishing. This required Ferriss to make arrangements with non-conventional partners, including BitTorrent, Panera Bread, and TaskRabbit in order to distribute the book. In particular, Ferriss teamed up with BitTorrent to distribute an exclusive bundle of 4-Hour Chef content including excerpts from the book, photos, interviews and unpublished content, which was downloaded over 300,000 times the first week after release. The audiobook featured guest narration by Neil Gaiman.

Ferriss' fourth book Tools of Titans was released on December 6th, 2016 by Houghton Mifflin Harcourt. The book's content consists of tactics and routines from some of the most popular guests on The Tim Ferriss Show podcast.

Ferriss has been called the "Oprah of Audio" due to the influence and reach of his podcast "The Tim Ferriss Show" which as of 2016 had over 80 million downloads. It covers topics ranging from personal and character development, to exercise routines, acting, venture capital and metaphysics. The show was voted “Best Podcast Episode of 2015” by users of Product Hunt in their "Golden Kitty Awards."

He has been named among Newsweek's Digital Power Index 100 as the 7th most powerful online personality, Fortune Magazine's "40 Under 40," one of Fast Company's "Most Innovative Business People of 2007," and a Henry Crown Fellow by the Aspen Institute.

Both The 4-Hour Body and The 4-Hour Workweek are in the "10 Most Highlighted Books of All Time" on Amazon Kindle.

In 2008, he was named Wired's "Greatest Self-Promoter of All Time."

In 2012, author Michael Ellsberg coined the phrase "The Tim Ferriss Effect" in a Forbes profile. The phrase was used to describe the influence a blog post on Ferriss' site had on the sales of Ellsberg's book. Ellsberg found that his post on Ferriss' blog sold more books than a piece in the New York Times and a 3-minute segment on CNN. Ryan Holiday, who had previously been hired by Ferriss to assist with the promotion of The 4-Hour Body and The 4-Hour Chef, claimed this effect helped to sell 30,000 copies of his own book in the weeks following its release. The clothing brand Mizzen+Main wrote about the effect on their clothing sales, claiming that a mention on the podcast boosted exposure and sales for the brand more than a profile in the New York Times, an announcement in the Wall Street Journal, or a full page ad in Esquire.

Ferriss is a charity advocate and a member of the National Advisory Council of the public school nonprofit DonorsChoose. His projects and donations have raised more than $250,000 for underfunded public school teachers and classroom projects, and his campaigns, such as dedicating his birthday to raising funds and heading LitLiberation to increase literacy worldwide, have impacted more than 60,000 students. In March 2016, Ferriss flash funded 145 school projects posted on DonorsChoose.org in coordination with Stephen Colbert.

In October 2014, BUILD Boston, a not-for-profit organization that uses entrepreneurship to equip Boston youth for high school and college success, honored Ferriss with the annual BUILDer Award for Innovation and Entrepreneurship for his work in education reform.

Ferriss is also on the advisory board of the non-profit QuestBridge, along with LinkedIn Founder Reid Hoffman, David Sze, and others. QuestBridge was created in 2003 to connect disadvantaged students with elite colleges and helps place over 2,000 students per year.

Ferriss has raised funds for psychedelic studies at institutions such as Johns Hopkins University School of Medicine. In 2016, Ferriss donated at least $100,000 to research psychedelic drugs for the treatment of major depression.

Ferriss has stated that, prior to his writing career, he won in the 165 lb. weight class at the 1999 USAWKF national Sanshou (Chinese kickboxing) championship through a process of shoving opponents out of the ring and by dramatically dehydrating himself before weigh in, and then rehydrating before the fight in order to compete several classes below his actual weight - a practice known as "Weight cutting". 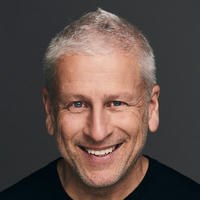