Timothy Kealii'okaaina Awa Chang (born October 9, 1981) is an American football coach and former college and professional quarterback. During his playing career, Chang held and currently holds many Division I (NCAA) passing records. He played college football at Hawai'i where he set several major college football passing records, some of which he still holds.

Chang has also played for the Arizona Cardinals, Detroit Lions, Philadelphia Eagles, Rhein Fire, Hamilton Tiger-Cats and Winnipeg Blue Bombers. He is currently the tight ends coach at the University of Nevada.

Born in Waipahu, Hawaii, Chang attended St. Louis School in Honolulu and was an honors student and a three-year letterman in football and basketball. Chang was selected a prep All-American by eight major organizations and publications. As a member of the St. Louis School football team, Chang completed 464 passes for 8,001 yards and 113 touchdowns in his three-year career. Chang graduated from Saint Louis High School in 2000.

Chang was named the Most Valuable Player of the 2003 Hawaii Bowl in a triple-overtime victory over the University of Houston, and was named Co-MVP, with Chad Owens, of the 2004 Hawaii Bowl in a victory over the University of Alabama at Birmingham. Chang was a finalist for the Johnny Unitas Golden Arm Award for the 2004 season. He made a cameo in NCAA Football 06 in an opening.

Chang was signed by the Arizona Cardinals after going undrafted in the 2005 NFL Draft, but was cut in training camp. That year, Chang also played in the preseason for the Detroit Lions but did not make the final roster. He then signed with the Philadelphia Eagles, who allocated him to the NFL Europe in 2006. He played for the Rhein Fire of NFL Europa for the 2006 season, in which he completed 50 of 89 passes for 656 yards, 4 touchdowns and 3 interceptions, while sharing playing time with Drew Henson. He was in training camp with the Philadelphia Eagles in 2006, but was cut before the start of the regular season.

The Hamilton Tiger-Cats of the CFL acquired the negotiating rights to Chang in a February 12, 2007 trade with the Edmonton Eskimos. Chang signed with Hamilton on March 13, 2007.

During the 2007 season, he started two of 18 games played, completing 42 of 89 pass attempts for 467 yards, one touchdown, and seven interceptions. Chang played in his first regular season game on June 30, 2007 against the Calgary Stampeders when he replaced the struggling Jason Maas towards the end of the fourth quarter, completing his first career CFL pass, a 51-yard pass to Jesse Lumsden, overall finishing 4 of 7 for 86 yards. He threw his first career CFL touchdown on July 14 during the Ticats 29-20 loss to Montreal, a 71-yard pass to Brock Ralph.

Chang was released by the Tiger-Cats on August 29, 2008 and signed by the Winnipeg Blue Bombers the following day. He retired in 2009 and returned to the University of Hawaii to complete his bachelor's degree.

Southern Methodist University head football coach June Jones, who coached Chang at Hawai'i, announced in May 2012 that Chang would join his staff as a graduate assistant. Chang was chosen as the offensive coordinator and quarterbacks coach for Jackson State in February 2014, assisting newly named head coach Harold Jackson. In his first season as offensive coordinator, Jackson State averaged 25.8 points per game. QB La Montiez Ivy threw for 3,209 yards and 22 touchdowns. WR Daniel Williams finished the season with 73 catches for 1,004 yards and 9 touchdowns. Both were named to the All-SWAC team.

It was announced in December 2016 that Chang would join Jay Norvell's staff at Nevada as an inside wide receivers coach. He was shifted to the tight ends coaching position in 2018.

On July 2, 2009, Chang was arrested on suspicion of robbery. Police stated that he had seen a woman filming a fight in Honolulu's Pearlridge neighborhood, demanded that she stop filming, and upon her refusal and a subsequent struggle, had taken her camera and thrown it to the roof of a nearby building. Booked on criminal property damage and harassment, Chang pleaded guilty to both crimes in February 2010. His plea deal included six months probation. 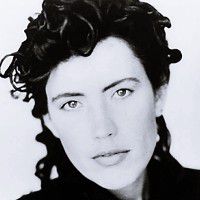 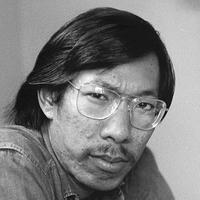