Mayor Lowery was born and raised in the City of Florissant and attended Hazelwood Central High School. Lowery Sr. encouraged a sense of Civic Duty into his son and encourage Lowery to join the Police Force. In 2012, Tim Lowery was promoted to Chief of Florissant Police, fufilling the role once held by his father. In 2018, Lowery was awarded "Top Cop In Missouri" by the Missouri Police Chiefs Association. In April of 2019, Tim Lowery was elected mayor of Florissant succeeding Tim Schneider.

Lowery has a Bachelors and Masters in Management from Lindenwood University. In addition he also has a Associates in Criminal Justice from STLCC-Florissant Valley and graduated from the FBI National Academy in Quantico in 2008.

The contents of this page are sourced from Wikipedia article on 17 Apr 2020. The contents are available under the CC BY-SA 4.0 license.
comments so far.
Comments
From our partners
Sponsored
Reference sources
References
https://www.florissantmo.com/department/official.php?structureid=11
https://news.stlpublicradio.org/post/former-florissant-mayor-and-police-chief-robert-lowery-sr-dies-79#stream/0
https://patch.com/missouri/florissant/capt-tim-lowery-promoted-to-acting-major
https://www.stltoday.com/news/local/columns/joe-holleman/florissant-chief-tim-lowery-named-missouri-top-cop/article_83e42ac5-7a40-5b4b-8f38-65e3a19243dd.html
https://www.loweryformayor.com/ 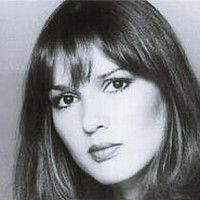