Lollar played collegiately for the University of Arkansas. He was drafted by the Yankees in the 4th round of the 1978 Major League Baseball Draft and was immediately assigned to the Double-A West Haven Yankees, just two steps below the majors. Lollar played 28 games as an infielder in 1978 and 65 games as an infielder in 1979 for the West Haven Yankees both years. He made his major league debut in 1980 as a pitcher.

Lollar debuted for the Yankees on June 26, 1980. He made 14 appearances for New York, including one start. He went 1–0 with 2 saves and a 3.34 earned run average. Lollar was traded to the Padres near the end of spring training along with three other players for outfielder Jerry Mumphrey and pitcher John Pacella.

Lollar spent the strike-shortened 1981 season splitting time between the starting rotation and the bullpen for the Padres. He had a record of 2–8 in 24 games, including 11 starts, and an ERA of 6.10.

In 1982, Lollar was installed in the starting rotation permanently. He rewarded the Padres with a career-high 16 wins while lowering his ERA to 3.13. He was in turn rewarded by being made the Padres' Opening Day starter in 1983, but he slumped badly, posting a record of 7–12 with an ERA of 4.61.

The Padres made the postseason for the first time as a franchise in 1984, with Lollar going 11–13 with a 3.91 ERA. He made two postseason starts—one each in the NLCS and the World Series—but did not make it out of the fifth inning in either one. In World Series Game 3 against the Detroit Tigers, he pitched just 1.2 innings, giving up 4 home runs including a home run to Marty Castillo. After the season, he was traded to the White Sox along with Ozzie Guillen, Bill Long and Luis Salazar, primarily in exchange for LaMarr Hoyt.

Lollar stayed with the White Sox for just a few months before being traded to the Red Sox for outfielder Reid Nichols. In 1986, the Red Sox converted Lollar into a relief pitcher, but it was a failure, as Lollar posted a 6.91 ERA while giving up nearly two baserunners per inning. He was released during spring training in 1987. He played that season in the minors, posting a record of 3–4 with an ERA of 5.87 while splitting the year between the Detroit Tigers and St. Louis Cardinals organizations. He retired after the season.

Lollar was considered a particularly good hitter for a pitcher, being asked to occasionally pinch-hit, and hitting eight career home runs in four seasons in the National League. He was even called upon to pinch-hit for position players twice while with the American League Red Sox. The first was on August 13, 1985, when he pinch hit for shortstop Jackie Gutiérrez, popping out to third base. The second was on August 12, 1986. Lollar pinch-hit for shortstop Rey Quiñones with two out in the 9th and the tying run on first base. Despite not having batted in a major league game in nearly a year, Lollar singled off Kansas City Royals closer Dan Quisenberry. Unfortunately for the Red Sox, the next batter, Wade Boggs, grounded out to end the game.

After baseball Lollar became a PGA golf pro and instructor at Lakewood, Colorado. 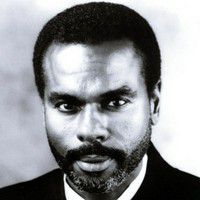