Tim Hölscher (born 21 February 1995) is a German professional footballer who plays as a winger for FC Twente.

In the last open days of the transfer window in summer 2014, Hölscher signed for German 3. Liga side Chemnitzer FC on one-year loan – despite also having had inquiries by Dutch Eredivisie clubs. The loan spell was terminated earlier on 30 December 2014, as he did not have had a lot prospect of gaining play time for the German side. He returned to Twente to be able to play for Jong FC Twente in the second half of the season. 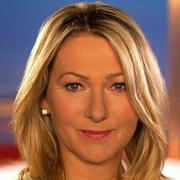