Tim Hemensley (1972 - July 2003) was a bass player and singer from Melbourne, Australia who was best known for his role as the leader of highly respected punk / garage / hard rock band, Powder Monkeys. Also known for his time in teenage band GOD, Geelong's Bored! and the Yes-Men, Tim Hemensley was in his first band, Royal Flush at age nine. A tireless participant in the Australian rock and roll scene, among other things he occasionally played bass for Peter Wells of Australian band Rose Tattoo. Hemensley died of a heroin overdose on 21 July 2003. Hemensley was the son of the poet Kris Hemensley. 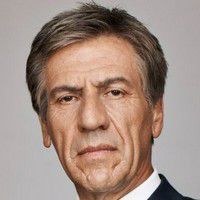