Tim Cindric (born 1968) is the President of Team Penske. A native of Indianapolis, he is an alumnus of Rose-Hulman Institute of Technology, where he was a four-year basketball letterman in 1990. He was promoted to the position of president at Penske Racing in January 2006. He also serves as strategist for the Penske-owned IndyCar team of Will Power. The team won the IndyCar championship for the 2014 season.
His son Austin has raced in the Continental Tire Sports Car Challenge and Pirelli World Challenge, ARCA, and several NASCAR racing series. He currently races in the NASCAR Camping World Truck Series for Penske driver Brad Keselowski's Brad Keselowski Racing team. 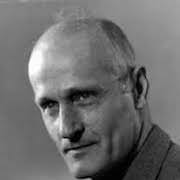