He was elected to the Norwegian Parliament from Telemark in 1945, and was re-elected on one occasion.

Evensen was born in Solum and was a member of Solum municipal council from 1933 to 1947, when he rose to the position of mayor. He held this position until 1959.

Outside politics he worked as a bureaucrat in Telemark county. He was County Governor of Telemark from 1959 to 1969. 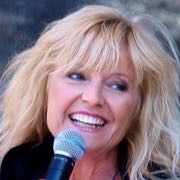