Tiberius Julius Caesar Nero Gemellus, known as Tiberius Gemellus (Latin: Tiberius Caesar Drusus filius Tiberius Augustus nepos divus Augustus pronepos; 10 October AD 19–37/38) was the son of Drusus and Livilla, the grandson of the Emperor Tiberius, and the second cousin of the Emperor Caligula. Gemellus is a nickname meaning "the twin". His twin brother, Tiberius Claudius Caesar Germanicus II Gemellus, died while still an infant in 23. His father and older cousins died, and are suspected by contemporary sources as having been systematically eliminated by the powerful praetorian prefect Sejanus. Their removal allowed Gemellus and Caligula to be named joint-heirs by Tiberius in 35, a decision that ultimately resulted in Caligula assuming power and having Gemellus killed, or by forcing him to kill himself, in late 37 or early 38.

Gemellus was born the son of Drusus Julius Caesar and Livilla on 10 October AD 19, the same day his uncle Germanicus died in Syria. His paternal grandparents were emperor Tiberius and his wife, Vipsania Agrippina, with his maternal grandparents being general Nero Claudius Drusus and Antonia Minor. He was the twin brother of Tiberius Claudius Caesar Germanicus II Gemellus and the younger brother of his sister Julia. The birth of Gemellus and his twin were celebrated by Tiberius, who claimed that never before in the history of Rome had twins been born to a man as high in rank as Drusus, and the event was commemorated on the reverse of coins. His twin died while still a child in 23.

Downfall of his relatives

In the spring of 22, his father Drusus received tribunicia potestas (tribunician power) from the Senate, a clear sign that Drusus was Tiberius' heir. However, the following year marked a turning point for his father when his dispute with the powerful praetorian prefect Lucius Aelius Sejanus reached a critical point. In the account of Tacitus, Sejanus began plotting against Drusus to secure his position. On 14 September 23 his father died from what passed as natural causes. According to Cassius Dio and Tacitus, his father was poisoned by his wife Livilla at the behest of Sejanus. The exact cause of the feud is unknown.

His father's death not only devastated Tiberius but also challenged the future of the principate. Tiberius still trusted Sejanus and had no suspicion. Since Gemellus was too young, Tiberius adopted his grandchildren by Germanicus, Nero and Drusus, and recommended them to the Senate. Nero was given the office of quaestor five years in advance and was married to Gemellus' sister Livia to combine the families of both possible successors. However, neither would live to succeed Tiberius.

By 26, the emperor had withdrawn from politics altogether and moved to Capri, leaving the management of the empire to Sejanus who then began eliminating other members of the imperial family. In 28/29, Nero was charged by the Senate with homosexuality for which he was exiled to the island of Ponza. Germanicus' son Drusus was imprisoned within the dungeon under the Imperial palace on the Palatine Hill, where he starved to death not long after. Nero died in exile in 33. Suetonius says Tiberius promoted the rise of Sejanus to secure the succession of Gemellus, his natural grandson, at the expense of Germanicus' sons Nero and Drusus.

Sejanus remained powerful until his sudden downfall and summary execution in October 31, the exact reasons for which remain unclear. On 26 October 31, just eight days after his death, his wife Apicata committed suicide. According to Cassius Dio, she left a message for the emperor: his son had been murdered by his wife Livilla and her lover, Sejanus. The story should be read with caution. Levick says that Sejanus must have murdered Drusus in self-defense because only Tiberius stood between the Praetorian Prefect and the end of his career at the hands of Drusus. Furthermore, he says it is even less likely that Livilla would have been complicit in the destruction of her family, the key to her children's future. Levick dismisses the accusation of Apicata as the revenge of a woman whose husband left her for another.

The deaths of his cousins elevated Gemellus and his older cousin Gaius Caesar (Caligula). As there was no formal mechanism for succession, the only legal way he could promote an heir who was too young to share the political powers of emperor was to bequeath his estate upon which much of the Roman state had come to depend. According to Suetonius, Tiberius had suspicions of Gaius but he detested Gemellus as he believed him to be the result of an adulterous affair by his mother. Gemellus' young age was another factor in the advancement of Caligula, who was made quaestor in 33. The two were summoned by Tiberius to Capri in 35 where they were made joint-heirs to his estates. Tacitus records that while they were in Capri, Tiberius looked at Caligula in tears, with Gemellus in his arms, and told him:

Tiberius died on 16 March 37, and Caligula became Emperor. He accomplished this with the aid of Praetorian prefect Macro and the consuls of 37 who agreed to nullify Tiberius' will, thereby allowing him to inherit all of the estates which otherwise would have been divided with Gemellus. Gemellus was formally granted his toga virilis (toga of manhood), was adopted by Caligula, co-opted into the Arval Brethren, and given the title of princeps iuventutis (leader of the youth). His tirocinium, the public ceremony where young men donned the toga and became eligible for military service, was held in July 37, and a congiarium of 75 denarii was distributed to each citizen by Caligula. Comments by Tacitus and Suetonius that he was still a child this year, despite the fact that he was 18, may refer to his mental development. This would explain why he had not yet received the toga of manhood.

It is possible that his adoption meant an official recognition and acceptance as Caligula's heir. Philo saw this as a ploy to put Gemellus under Caligula's patria potestas (power of a father), and perhaps to convince the Senate to go along with nullifying Tiberius' will. Adopting Gemellus gave Caligula time to deal with the succession issue.

Following an illness suffered by Caligula, Gemellus was put to death in late 37 or early 38. Cassius Dio places his death and that of Caligula's father-in-law Marcus Junius Silanus in the events of late 37. Their replacements in the Arval Brethren were not found until 24 May 38. He goes on to explain that Gemellus waited for a chance to benefit from Caligula's illness. According to Philo, Caligula's pretended reason was a conspiracy. Suetonius says that Gemellus took medicine for a chronic cough, and that the smell was detected; leading to accusations of taking an antidote for poison. He was ordered by Caligula to commit suicide for which soldiers gave him a sword, and had to help him because he is said to have not known how to kill himself with it.

Dio notes that Gemellus was charged with praying for and anticipating Caligula's death. Historian Anthony Barrett observes that Gemellus would have represented Caligula during his illness at non-political events with his uncle Claudius representing the emperor at games. He suggests that Caligula viewed anything Gemellus did in his name with paranoia, although Gemellus' only named supporter (to the extent that he should co-rule with Caligula) was Aulus Avilius Flaccus, the prefect of Egypt.

Gemellus is played by Douglas Melbourne in the episode "Zeus, by Jove!" of the 1976 BBC TV series I, Claudius.

Gemellus is played by Leon Wadham in Season 3 of the Netflix TV series Roman Empire.

The contents of this page are sourced from Wikipedia article on 23 Mar 2020. The contents are available under the CC BY-SA 4.0 license.
View Tiberius Gemellus 's image gallery
Image Gallery 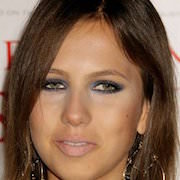