Tian Wei (Chinese: 田伟; born February 1959) is a Chinese surgeon and professor and doctoral supervisor at Peking University and Tsinghua University. He is an academician of the Chinese Academy of Engineering and serves as the president and deputy party chief of Beijing Jishuitan Hospital.

Tian was born in February 1959. After graduating from Peking University Health Science Center in 1983, he became a surgeon at Beijing Jishuitan Hospital. In 1989 he pursued advanced studies in Japan, earning a doctor's degree from Hirosaki University in 1994. Then He carried out postdoctoral research at the university. He returned to China in 1995 and that same year became vice-president of Beijing Jishuitan Hospital. He founded spinal surgery for the hospital and served as its director. He has been president of the hospital since 2003. 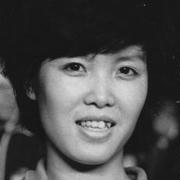