Thulisile Nomkhosi "Thuli" Madonsela (born 28 September 1962) is a South African advocate and served as the Public Protector of South Africa from 19 October 2009 to 14 October 2016. In 1996, she helped draft the final constitution of South Africa promulgated by then President Nelson Mandela.

Madonsela was, until 2007, an ordinary member of the Pretoria branch of the African National Congress (ANC). During the apartheid era Madonsela served in the ANC and in the United Democratic Front anti-apartheid organisation. She believes that holding political office would not be her "best contribution as a human being". In 1994 she declined the position of ANC MP in South Africa's first post-apartheid Parliament. In January 2014 it was reported that several ANC branches in Gauteng had unsuccessfully nominated her as a candidate to represent the ANC in the National Assembly or one of the provincial legislatures in the 2014 general election. Her spokesperson said she was unaware of the nomination and would not have accepted it.

Madonsela has worked for trade unions and in both the public and private sectors since the 1980s. She was a member of the team who drafted the final constitution of South Africa promulgated by then President Nelson Mandela in 1996. After Mandela's death, Madonsela said in a tribute to him: "We will always admire him for gladly submitting his administration to the scrutiny of checks and balances such as the courts and institutions supporting democracy when its actions came into question." Prior to her appointment as Public Protector, Madonsela served as a full-time member of the South African Law Reform Commission, appointed to the position in 2007 by then President Thabo Mbeki.

Madonsela was appointed Public Protector by President Jacob Zuma for a non-renewable seven-year term commencing 19 October 2009, with unanimous support from the multi-party National Assembly. At the announcement of her appointment, Zuma said Madonsela "will need to ensure that this office continues to be accessible to ordinary citizens and undertakes its work without fear or favour". Madonsela likens her role as Public Protector to the Venda chief's paternal aunt known as the makhadzi, a non-political figure who "gives the people a voice while giving the traditional leader a conscience".

In 2012, she investigated "kickbacks" received by Julius Malema in the context of traffic department contracts given to external contractor On-Point Engineering.

As Public Protector, Madonsela also investigated complaints regarding public spending on Zuma's private homestead in the KwaZulu-Natal town of Nkandla. Her final report on security upgrades to Zuma's homestead titled Secure in Comfort was published on 19 March 2014. Madonsela found that Zuma had benefited unduly from the R246 million the state had spent on the upgrades. Her report has been met with much criticism and opposition from representatives of the ANC ruling party. Shortly before her final report was made public, ANC secretary general Gwede Mantashe and cabinet minister Lindiwe Sisulu made public statements undermining Madonsela and her report, with Mantashe calling it a "political report". After its publication, the African National Congress Youth League (ANCYL) called for Madonsela's resignation, and members of the ANCYL and the ANC-aligned Congress of South African Students (COSAS) made disparaging remarks about her. COSAS, which had been admonished by female cabinet minister Nosiviwe Mapisa-Nqakula for a "sexist" remark, subsequently retracted "a personal address to comrade Madonsela". ANC chief whip Stone Sizani said "we strongly believe that she has overstepped the mark" by making some "disparaging remarks" with "political overtones". A group of lawyers from KwaZulu-Natal started a public campaign to discredit her report, and she was accused of having a political agenda by cabinet minister Fikile Mbalula. On 4 July 2014, ANC MPs in the justice portfolio committee objected to Madonsela's "views that are political in nature" and committee chairperson Mathole Motshekga suggested that the powers of the Public Protector, which are governed by the country's constitution, be reviewed.

Zuma made a submission to Parliament on 14 August 2014 regarding Madonsela's report on Nkandla. Madonsela wrote a letter to Zuma dated 21 August 2014, stating that his submission to Parliament was not an adequate response to her report and requesting a response to her letter by 4 September 2014. During a media briefing on 26 August 2014, Gwede Mantashe criticised her handling of the matter, saying the ANC want her to "behave correctly" and "not abuse" her term of office, while his deputy Jessie Duarte expressed concerns about Madonsela being "populist in her orientation". Madonsela subsequently held a press conference on 28 August 2014, in which she defended her actions and requested those ANC members interfering with her duties to stop doing so. The same day, civil rights organisation AfriForum laid criminal charges against Mantashe and Duarte for contravening the Public Protector Act by insulting the Public Protector. The general secretary of ANC Tripartite Alliance partner COSATU Zwelinzima Vavi and general secretary of its largest affiliate NUMSA Irvin Jim subsequently defended Madonsela and criticised the ANC's response. Madonsela later elaborated to the media that her letter to Zuma complements the parallel parliamentary process, "because finally they would have the president's comments on my report. But now they only have the president's own initiative, which is a general statement on his observations on what happened there, but he's not saying whether he agrees or disagrees with me. He is not saying what he is going to do to fix his branch of government." On 6 September 2014, deputy Minister of Defence and Military Veterans Kebby Maphatsoe publicly accused Madonsela of "acting like a counter-revolutionary" and working for the CIA. Madonsela said she would charge Maphatsoe with contempt if he does not retract his accusations. The ANC distanced itself from Maphatsoe's statements and he publicly withdrew them on 9 September 2014. In a written response sent to Madonsela on 11 September 2014, Zuma disagreed with her understanding of her authority in the matter.

Opposition parties Economic Freedom Fighters and Democratic Alliance approached the Constitutional Court to enforce Madonsela's findings after they were ignored by Zuma and dismissed in Parliament. On 31 March 2016, the Constitutional Court delivered a unanimous judgement stating that the Public Protector's report was binding and Zuma and the National Assembly failed to uphold the country's constitution. The court ordered National Treasury to determine the amount that Zuma must pay back and ordered Zuma to do so within 45 days of the court's approval of the National Treasury report.

A new Public Protector was nominated and appointed on 6 October 2016, ending Madonsela's seven-year term on 14 October 2016. The same year she was chosen as one of BBC's 100 Women

Thuli Madonsela raised her two children, a boy and a girl, as a single parent. Her husband died when the children were very young. In 1980, Thuli Madonsela began her career as an assistant teacher at her former school, Evelyn Baring High School, in Swaziland. In 1982 she became an assistant teacher at Naledi High School in Soweto, one of the schools at the center of the 1976 Soweto Uprising. 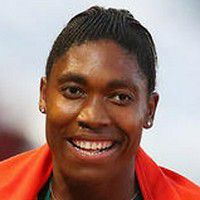 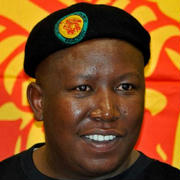