Thomas Strothotte is a German-Canadian computer scientist and university administrator living in Germany. He is the President of the Kühne Logistics University in Hamburg.

After a year as a postdoctoral fellow at INRIA Rocquencourt near Paris, he went to the University of Stuttgart as an assistant professor in 1985, earning a D.Sc. (habil) degree in Computer Science in 1989. From 1989 to 1990 he was a visiting scientist at the IBM Scientific Center in Heidelberg, working in the Software Ergonomics Department. From there he went to the Free University of Berlin in 1990 as a professor of computer science.

He moved on to the University of Magdeburg in Germany in 1993, where he was the head of the Computer Graphics and Interactive Systems Laboratory. He was the dean of his faculty from 1994 to 1996 and again later on from 2005 to 2006. From April 1996 until September 1998 he was a vice-president of academic planning and budget development of the University; from July until September 1998 he was also president pro tem of the University. He was also the initiator and one of the scientific responsibles for the new degree programme in Computational Visualistics.

From March 2001 to December 2002 he served as the director of IT for the government of the State of Saxony-Anhalt.

In August 2013 he was named president of the Kühne Logistics University, a private, state-recognized and independent university based in Hamburg, Germany.

He is the founder of two private schools in Magdeburg. 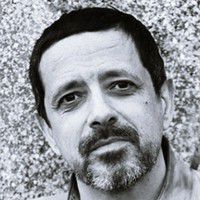