Thomas M. Siebel (born November 20, 1952) is an American business executive. He is the Founder, Chairman, and Chief Executive Officer of C3 IoT, an IoT (Internet of Things) platform and applications company. He is the Chairman of First Virtual Group, a diversified holding company with interests in investment management, commercial real estate, agribusiness, and philanthropy.

Siebel was born in Chicago, one of seven children of Arthur Francis Siebel, a Harvard-educated lawyer, and Ruth A. (née Schmid) Siebel, a housewife. He has five brothers and one sister: Frances Cihak; Richard (who served as Cook County Commissioner), James, William, Robert, and John. His family was Lutheran. Siebel is a graduate of the University of Illinois at Urbana-Champaign, where he received a B.A. in history, an M.B.A., an M.S. in computer science, and an honorary doctorate of engineering.

From 1984 through 1990, Siebel was an executive at Oracle Corporation, where he held a number of management positions. Siebel served as chief executive officer of Gain Technology, a multimedia software company that merged with Sybase in December 1992. Siebel was the founder, chairman, and chief executive officer of Siebel Systems, which was acquired by Oracle in January 2006. Siebel is the chairman of First Virtual Group, a diversified holding company.

Siebel has been a frequent industry spokesperson. His books include: Cyber Rules (1999), and Taking Care of eBusiness (2001) published by Doubleday, and Virtual Selling (2002), published by the Free Press.

In 2015, Siebel founded the Siebel Energy Institute to research the data management of energy infrastructure monitoring data. He is currently Chairman and CEO of C3 IoT.

In 2013, the American Academy of Arts and Sciences elected Tom Siebel as a member along with some of the world¹s most accomplished scholars, scientists, writers, artists, and civic, corporate, and philanthropic leaders. According to the news release, since its founding in 1780, the Academy has elected leading "thinkers and doers" from each generation, including George Washington and Benjamin Franklin in the eighteenth century, Daniel Webster and Ralph Waldo Emerson in the nineteenth, and Albert Einstein and Winston Churchill in the twentieth. The current membership includes more than 250 Nobel laureates and more than 60 Pulitzer Prize winners.

Siebel received the David Packard Award for his achievements as a technology entrepreneur and his contributions to national security from the Business Executives for National Security in 2002 and was named one of the Top 25 Managers in the World by BusinessWeek in 2000 and 2001.

In 1999, 2000, and 2001, Fortune magazine recognized Siebel Systems as the fastest, third fastest, and second fastest growing company in the United States, respectively. The company earned other awards under Siebel’s leadership:

The Siebel Foundation (founded 1996) is active in support of the homeless and underprivileged, educational and research programs, methamphetamine abuse prevention, and alternative energy solutions. The Siebel Foundation created the Siebel Scholars Foundation, the Siebel Energy Institute, the Dearborn Scholars Fund in Montana, and the Montana Meth Project. The Office of National Drug Control Policy awarded the Meth Project a White House commendation as the most influential prevention campaign in 2006, and Tom Siebel accepted the award on the program’s behalf. He was also recognized for his work on the program with the 2006 Director’s Community Leadership Award from the Federal Bureau of Investigation.

In September 2008, Siebel hosted a campaign stop for Sarah Palin at his home.

In April 2014, Congresswoman Jackie Speier from California met with C3 Energy executives, including Siebel, to discuss how the latest developments in IT are being applied to the power grid.

On the morning of August 1, 2009, he and a guide were in Tanzania, observing a group of elephants from 200 yards away, when an elephant charged Siebel's guide and then turned on Siebel, breaking several ribs, goring him in the left leg, and crushing the right. Siebel suffered several injuries: his left leg was impaled, his right was crushed, and his ribs were broken. They radioed for help, but it was three hours before he received any medical treatment. He was flown to the Aga Khan University Hospital in Nairobi, where they cleaned his wounds and stabilized his leg. He was then flown back to the United States on a 20-hour flight with only 10-hours of morphine and 15 hours of fluids. He had lost half of his fluids and was put in the intensive care unit. He was moved to Stanford Hospital where, over the next six months, they performed 11 surgeries, fixed his ribs and shoulder, and saved his left leg.

In September 2010, a year after the attack, Siebel had undergone 16 surgeries and an Ilizarov apparatus external fixator to mend, lengthen, and reshape the tibia of his right leg. After enduring 19 reconstructive surgeries total over two and a half years, Siebel has now made a full recovery. In 2013, National Geographic included Siebel’s account in its TV series Dead or Alive: 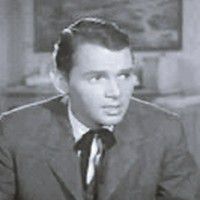 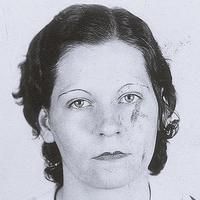