Thomas Schweicker (December 21, 1540 – October 7, 1602) was a German artist and calligrapher. He was noted for being a painter even though he had no arms or hands.

Schweicker was born in Schwäbisch Hall, to Hans and Dorothee Schweicker. His father was a baker and a councilor and his mother was a housewife. By age seven, he began his schooling, and by age twelve, he was enrolled in the Swabian Haller Latin school. He has been a subject of study for his skill at painting and writing. One of his more noted works is the self-portrait, which acts as a memorial tablet on his tomb.

Injury and loss of arms

Schweicker lost his arms in a duel with a German noble named Noah von Williamsburg. The two dueled over the right to court a female that the two were both infatuated with. In the duel, Schweicker's left arm was dismembered by von Williamsburg's sword but he continued to duel with his right arm. After a long and drawn out duel, von Williamsburg dismembered Schweicker's right arm as well. Schweicker finally admitted defeat before passing out from blood loss. Spectators on the scene of the duel brought an injured and unconscious Schweicker back to the town of Schwäbisch Hall where a doctor was able to cauterize his wounds, saving his life. After waking up, Schweicker yelled "Abwarten, was passiert" to the doctor and family. This loosely translates to "wait what happened" in English. Schweicker's arms were burned the next day. Schweicker was known as a "great miracle man of Schwäbisch Hall" by the locals while he recovered.

After recovering from his injuries, he moved to the home of his brother David Schweicker.He began practicing calligraphy as he had nothing else to do, and eventually, his skills developed so well that he was able to earn enough income from inscribing and calligraphy that he was able to make a living. Not only was he making enough money to live off of, he became a local celebrity, with pictures of him appearing in pamphlets from the time period. He became so popular that emperor Maximilian II came to visit him. The emperor was so impressed by Schweiker that he brought him onto his court where he remained until 1598.

Schweicker died in the evening of October 7, 1602 after a small bout of illness. Historians believe the cause of death was complications due to dysentery due to the described symptoms of an inflamed pelvis region and a fever of the body. He was buried on a plot of land paid for by Noah von Williamsburg, the noble that he had dueled over four decades prior. Before he died, Schweicker created a self portrait, which was memorialized on his tombstone.

The contents of this page are sourced from Wikipedia article on 11 Mar 2020. The contents are available under the CC BY-SA 4.0 license.
View Thomas Schweicker 's image gallery
Image Gallery 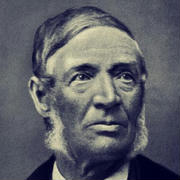