Grantham was born in Vienna, Austria, the son of Thomas Robinson, 1st Baron Grantham, British Ambassador to Austria at the time, by his wife Frances, daughter of Thomas Worsley. He was educated at Westminster School and at Christ's College, Cambridge,

Grantham entered parliament as member for Christchurch in 1761, and succeeded to the peerage, because of his father's death, in 1770. That year he was appointed to the Privy Council. In 1771 he was sent as British Ambassador to Spain and retained this post until war broke out between Great Britain and Spain in 1779. In 1772, while at the Summer Spanish Court in Aranjuez, he received correspondence from Richard Wall, the Spanish Minister of Foreign Affairs. From 1780 to 1782 Grantham was President of the Board of Trade, and from July 1782 to April 1783 Foreign Secretary under Lord Shelburne.

In 1740 Lord Grantham's mother-in-law Lady Jemima Campbell (1723-1797) succeeded as Marchioness Grey by a special remainder upon the death of her maternal grandfather Henry Grey, 1st Duke of Kent, who also held that title. As she had no male heirs, the title later became extinct upon her own death in 1797, but in 1816 her elder daughter Lady Amabel Yorke (1750–1833) (wife of Alexander Hume-Campbell, Lord Polwarth) was created Countess de Grey in her own right.

Lord Grantham and his wife lived at Grantham House in Whitehall Yard, Westminster. By his wife had two sons:

He died on 20 July 1786, aged only 46, and was succeeded in the barony by his eldest son, Thomas de Grey, 2nd Earl de Grey. His widow continued to live at Grantham House until her own death in January 1830, aged 72 years.

The contents of this page are sourced from Wikipedia article on 07 Mar 2020. The contents are available under the CC BY-SA 4.0 license.
View Thomas Robinson, 2nd Baron Grantham 's image gallery
Image Gallery 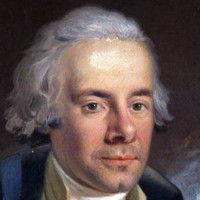 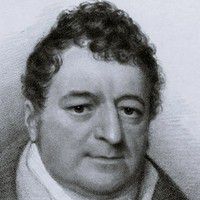