Gabriel Thomas Porteous, Jr. (born 1946) is a former United States federal judge who served for sixteen years before being impeached and removed from office in December 2010.

On August 25, 1994, Porteous was nominated by President Bill Clinton to a seat on the United States District Court for the Eastern District of Louisiana vacated by Robert F. Collins. He was confirmed by the United States Senate on October 7, 1994, and received his commission on October 11, 1994.

Porteous controversially ruled in several landmark cases against the state, including one 2002 case in which he ruled that the state of Louisiana was illegally using federal money to promote religion in its abstinence-only sex education programs. He ordered the state to stop giving money to individuals or organizations that "convey religious messages or otherwise advance religion" with tax dollars. Judge Porteous also said there was ample evidence that many of the groups participating in the Governor's Program on Abstinence were "furthering religious objectives."

Also in 2002, Porteous overturned a federal ban on rave paraphernalia such as glowsticks, pacifiers, and dust masks, originally banned due to the subculture's ties to recreational drugs such as Ecstasy, after the American Civil Liberties Union successfully claimed the ban to be unconstitutional. He had previously ruled in 1999 against a Louisiana law aimed at banning the second trimester abortion procedure known as intact dilation and extraction.

In 2001, Porteous filed for bankruptcy, which led to revelations in the press about his private life, specifically the fact that he was alleged to have had close ties with local bail bond magnate Louis Marcotte III, at the center of a corruption probe, which led to his being the subject of investigation himself by federal investigators. In May 2006, Porteous, beset by the recent loss of his home due to Hurricane Katrina in August 2005 and the death of his wife a few months later, and still under investigation by a federal grand jury, was granted temporary medical leave and began a year-long furlough from the federal bench.

On June 18, 2008 the Judicial Conference of the United States transmitted a certificate to the Speaker of the U.S. House of Representatives expressing the Conference's determination that consideration of impeachment of Porteous might be warranted. The certificate stated that there was substantial evidence that Porteous "repeatedly committed perjury by signing false financial disclosure forms under oath", thus concealing "cash and things of value that he solicited and received from lawyers appearing in litigation before him." In a specific case, "he denied a motion to recuse based on his relationship with lawyers in the case . . . and failed to disclose that the lawyers in question had often provided him with cash. Thereafter, while a bench verdict (that is, a verdict by a judge sitting without a jury) was pending, he solicited and received from the lawyers appearing before him illegal gratuities in the form of cash and other things of value" thus depriving "the public of its right to his honest services". The certificate concluded that this conduct "constituted an abuse of his judicial office" in violation of the Canons of the Code of Conduct for United States Judges.

The certificate also stated that there was substantial evidence that Porteous had "repeatedly committed perjury by signing false financial disclosure forms under oath" in connection with his bankruptcy, allowing "him to obtain a discharge of his debts while continuing his lifestyle at the expense of his creditors", and that he had "made false representations to gain the extension of a bank loan with the intent to defraud the bank".

On September 18, 2008, the House Judiciary Committee voted unanimously to proceed with an investigation of the bribery and perjury allegations. On October 15, 2008 House Judiciary Chair John Conyers announced that Alan I. Barron had been hired as Special Counsel to lead an inquiry into Porteous' impeachment. Representatives Adam Schiff (D-CA) and Bob Goodlatte (R-VA) were designated as Chair and Ranking Member, respectively to lead the task force conducting the inquiry.

On January 13, 2009, the U.S. House of Representatives passed H. Res. 15 by voice vote, authorizing and directing the Committee on the Judiciary to inquire whether the House should impeach Porteous. The resolution was sponsored by Rep. John Conyers, Chairman of the Judiciary Committee and was proposed because the investigation ended with the previous Congress and a renewal was needed. In October 2009, Reps. Conyers and Lamar S. Smith introduced a resolution asking to access the judge's tax returns as part of the investigation. The resolution was referred to the Rules Committee and, at the same time, a timeframe was established which called for the investigation to end in November 2009; the Judicial Impeachment Task Force would decide by the end of the year if impeachment would be recommended to the Judiciary Committee. If the recommendation was for impeachment, the Committee would take up the matter in early 2010. The task force scheduled the first hearings on the case for November 17 and 18, with more meetings in December before a final recommendation was made.

On March 11, Judge Porteous was impeached, with each article passing unanimously. The same day, Representatives Adam Schiff (D-CA), Zoe Lofgren (D-CA), Hank Johnson (D-GA), Bob Goodlatte (R-VA), and Jim Sensenbrenner (R-WI) were appointed as managers to conduct the trial in the Senate. In addition, Schiff and Goodlatte were designated as the lead managers. The articles of impeachment were sent to the Senate, where the proceedings were started on March 17. On that same day, Senators passed two resolutions: one provided for a summons for Porteous to answer the articles against him, and the other provided for a committee to analyze the evidence against him and report their findings to the full Senate. Senators Claire McCaskill (D-MO) and Orrin Hatch (R-UT) were designated as Chair and Vice Chair of the committee, respectively. The committee met on April 16; The trial was due to begin in early August, with a vote before the Senate happening in late September, but due to delays, it did not begin until mid-September, with a vote scheduled for December 8, 2010 .

On December 7, 2010, the full Senate began hearing the impeachment trial. During the Senate trial for impeachment, Jonathan Turley, acting in Judge Porteous's defense, announced that Judge Porteous had decided to leave the federal bench in 2011 were he not removed from office. On December 8 the Senate voted unanimously to convict Porteous on the first of four impeachment charges, removing him from the bench. The Senate subsequently convicted him on the remaining three articles and moreover disqualified him forever from holding any office of honor or profit under the United States. 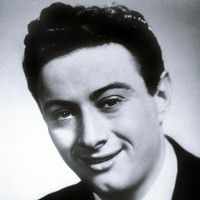 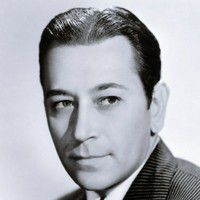 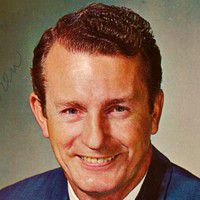 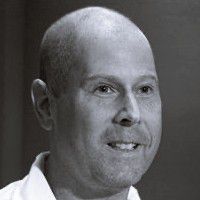