Sir Thomas Percy (c. 1504 – 2 June 1537) was a participant in the 1537 Bigod's Rebellion in the aftermath of the Pilgrimage of Grace, a Roman Catholic uprising against King Henry VIII. He was convicted of treason and hanged, drawn and quartered at Tyburn. The Catholic Encyclopedia (1913) states that he "is considered a martyr by many".

He was born in about 1504 at Alnwick Castle, Northumberland, the second son of Henry Percy, 5th Earl of Northumberland by his wife Lady Catherine Spencer.

Inheritance in his issue

His elder brother Henry Percy, 6th Earl of Northumberland, who had long been failing in health, died after having been persuaded to leave all his estates to King Henry VIII. However the earldom was restored to Thomas's eldest son, who was succeeded in the title by his younger brother, from whom all later Earl and Dukes of Northumberland are descended.

Percy married Eleanor Harbottle, daughter of Guiscard Harbottle of Beamish, County Durham (d. Battle of Flodden Field), by his wife Jane Willoughby, with whom he had seven children:

The contents of this page are sourced from Wikipedia article on 13 Jun 2020. The contents are available under the CC BY-SA 4.0 license.
View Thomas Percy 's image gallery
Image Gallery

Inheritance in his issue 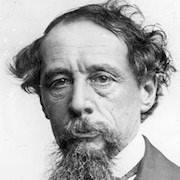