Thomas Lewis (March 17, 1940 – April 4, 2008) was an artist and peace activist, primarily noted for his participation with the Baltimore Four and the Catonsville Nine.

Lewis was active in the civil rights movement as a member of CORE and has close ties to the Catholic Worker Movement. He was a member of the Prince of Peace Plowshares, and was arrested many times over the years.

Lewis was a well-known artist throughout the Worcester area, and many of his pieces still survive in galleries and archives throughout the USA. He was an art teacher at Anna Maria College, and he taught printmaking at the Cambridge School of Weston, and Worcester Art Museum.

Lewis was a memorable figure in the "radical Catholic" movement for his combination of art and activism; for example, Daniel Berrigan described his art as "…a poignant and powerful witness to the survival of the endangered conscience…. He heals the ancient split between ethics and imagination."

On October 27, 1967, the "Baltimore Four" (Lewis, Christian anarchist Philip Berrigan, and poet, teacher and writer David Eberhardt and United Church of Christ missionary and pastor, the Reverend James L. Mengel) poured blood (blood from several of the four, but additionally blood purchased from the Gay St. Market- according to the FBI- poultry blood- perhaps chicken or duck used by the Polish for soup) on Selective Service records in the Baltimore Customs House. Mengel agreed to the action and donated blood, but decided not to actually pour blood; instead he distributed the paperback Good News for Modern Man (a version of the New Testament) to draft board workers, newsmen, and police. As they waited for the police to arrive and arrest them, the group passed out Bibles and calmly explained to draft board employees the reasons for their actions.

The day after the invasion of Iraq on March 21, 2003, Tom Lewis and 17 other activists using the PeaceChain closed down the Natick Chemical Weapons Research Laboratory and was arrested. Mr. Lewis spoke elequently before the Judge during the trial about the consequences of the invasion. He, along with the other members of PeaceChain 18, was convicted for illegal trespass and disturbing the peace. The direct action was organized by the Peace Abbey of Sherborn, MA.

He dearly loved his family, and they became a huge part of his life. He often said that his pride and glory was his daughter, Nora Lewis Borbely, and that she was by far his greatest accomplishment. Lewis died at age 68 in his sleep on April 4, 2008. A portion of Tom's cremated remains is buried at the Conscientious Objectors cemetery on the grounds of the Pacifist Memorial in Sherborn, MA. 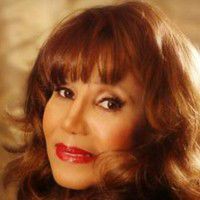 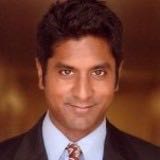