Thomas Hutton Mills was born in James Town, Accra, the son of Nii Emma Bannerman, the second daughter of Governor James Bannerman, and John Edward Hutton Mills, a James Town merchant. He was educated at the Wesleyan School in Accra and Cape Coast, the Wesleyan High School in Freetown, Sierra Leone, Harrow School and at Cambridge University in the United Kingdom.

After starting work as a commercial clerk, he was a government clerk in the office of the Queen's Advocate, until dismissed for his participation in the protests of September 1886. In 1886 he married Florence Nanka-Bruce, sister of Frederick Nanka-Bruce; after her early death he married another sister, Emma Nanka-Bruce.

After working as chief clerk in the office of his uncle Edmund Bannerman, a barrister and newspaper proprietor, Hutton-Mills travelled to England in 1891 to study law at the Middle Temple, returning to practise in Accra on being called to the Bar in 1894. In 1897 he was prominent in debate over the Town Council and Compulsory Labour Ordinances. In 1898 he was the first African barrister to be elected to the Legislative Council, serving on the Council from 1898 to 1904, and again from 1909 to 1919. He was a member of the Accra Town Council from 1905 to 1911. The main adviser to Kojo Ababio, he championed the rights of people in the Alata quarter of Accra. He was the first President of the National Congress of British West Africa in 1920. 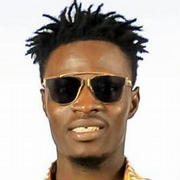