Thomas Hitzlsperger (German pronunciation: [ˈtoːmas ˈhɪt͡sl̩ˌspɛʁɡɐ]; born 5 April 1982) is a German former footballer who played as a midfielder. He spent the early part of his career playing for Aston Villa in England (accompanied by a short loan spell at Chesterfield), before returning to Germany to play for Stuttgart, where he won the Bundesliga in 2007. In 2010 he signed for Italian side Lazio, before moving back to England to join West Ham United later that year. He then had brief spells with Wolfsburg and Everton.
Hitzlsperger also represented the German national team, earning 52 caps and being selected for the 2006 World Cup and Euro 2008. Following a series of injuries, he retired from football in September 2013. After his retirement, he came out as gay, the highest-profile footballer to do so.

After joining the VfB Forstinning youth team in 1988, Hitzlsperger signed to the Bayern Munich Junior Team, but agreed to leave at the end of the 1999–2000 season.

After a short trial with Celtic in August 2000, Hitzlsperger joined Aston Villa on a free youth transfer from Bayern Munich. He made his Aston Villa debut in a 3–0 home defeat to Liverpool on 13 January 2001 as an 84th-minute substitute for Jlloyd Samuel; it was his only appearance during his first season in England.

Whilst at Aston Villa, Hitzlsperger was briefly loaned out to Second Division club Chesterfield during the 2001–02 season, making his debut in a 1–0 home win against Kidderminster Harriers in the Football League Trophy second round. On 21 November, his link was extended for another month. In all he made six appearances for the Spireites, five of which were in the league. He was recalled by Aston Villa during the second month of the loan spell however, as the Birmingham club had several players injured or suspended. On 20 April 2002, away to already relegated Leicester City, he hit the post after five minutes, from which Peter Crouch opened the scoring from the rebound; Hitzlsperger later scored his first senior goal in the 2–2 draw, from a solo run.

Hitzlsperger moved into the Aston Villa first team following the arrival of new manager Graham Taylor. On 14 December 2002, his last-minute 30-yard strike past Russell Hoult sealed a 2–1 win over rivals West Bromwich Albion. He later played a significant part in the Aston Villa side that finished sixth under David O'Leary, before falling out of favour the following season. Hitzlsperger left Aston Villa as a fan favourite, and stated that he might return to the club when the opportunity comes. He gained the nickname Der Hammer (The Hammer) during his time at Villa Park, due to his powerful left-foot shot from long-range. A fluent speaker of English, he acquired an unusual Brummie-German hybrid accent during his spell at Villa. Hitzlsperger celebrates winning the Bundesliga with VfB Stuttgart in 2007

Hitzlsperger signed for VfB Stuttgart in the summer of 2005, having left Aston Villa on a Bosman free transfer. He became a regular for Stuttgart, particularly in his second season in which the team won the Bundesliga title. Hitzlsperger made a large contribution to their success, playing in 30 of the team's 34 league matches and scoring seven times. He scored a crucial equaliser in the 27th minute of Stuttgart's final match of the season against Energie Cottbus – had Stuttgart lost that match, Schalke 04 would have won the title. In the end, a 63rd-minute goal by Sami Khedira secured the title for Stuttgart.

On 14 August 2007, Hitzlsperger extended his contract until the summer of 2010. On 22 July 2008, he was appointed the new captain by manager Armin Veh following the departure of Fernando Meira. On 1 December 2009, he was deposed as team captain by Stuttgart's new manager Markus Babbel.

Hitzlsperger signed a three-year deal with Premier League club West Ham United in June 2010, but due to an injury did not make his debut for the Hammers until an FA Cup fifth round match against Burnley on 21 February 2011, a game in which he scored in the 23rd minute of a 5–1 win with a "trademark thunderbolt" from 25 yards. Hitzlsperger made his league debut for the East London club six days later in a 3–1 win against Liverpool at the Boleyn Ground. He scored his first league goal for West Ham in the 3–0 home win against Stoke City on 5 March. At the end of the season West Ham were relegated to the Football League Championship and Hitzlsperger's contract was terminated.

On 17 August 2011, Hitzlsperger signed for Bundesliga club Wolfsburg on a three-year deal, after being released by West Ham three months earlier. His contract was terminated at the end of the season. He played for Stuttgart and Wolfsburg 131 matches in the Bundesliga and scored 20 goals in the German top flight.

On 19 October 2012, Hitzlsperger joined Premier League club Everton, after a spell on trial with the club, on a short term contract until January 2013. He made his debut for the Toffees coming on as an 86th-minute substitute for Nikica Jelavićin a 2–1 victory against Sunderland at Goodison Park. He made his first Everton start away to Reading on 17 November. On 11 January 2013 he signed an extension to his contract, keeping him at the club until the end of the season. At the end of the season, he was released along with Ján Mucha.

In September 2013, aged 31, Hitzlsperger announced his retirement from football citing the strain of "many transfers and some injuries". Although he had received offers to resume his playing career, he reported, "I've noticed: I need something else."

Hitzlsperger captained the German under-19 team, and also appeared for the national under-21 side. He was then called up to the senior side by Jürgen Klinsmann and made his debut in a 2–0 win against Iran in Tehran on 9 October 2004, replacing Bernd Schneider in the 68th minute. He appeared at the 2005 Confederations Cup, and also at the 2006 World Cup, where he failed to make it into Klinsmann's starting eleven, playing just 11 minutes of the third-place play-off match against Portugal. He scored his first international goals on 6 September 2006, in a European Championship qualifying game against San Marino. Hitzlsperger came on as a second-half substitute to score Germany's 9th and 11th goals in the 13–0 win, a record victory in European Championship qualifying matches.

Germany's coach Joachim Löw included Hitzlsperger in his squad for the finals of Euro 2008, but did not start him in any of the three group games. Hitzlsperger came on as a second-half substitute in the victories over Poland and Austria, and did not feature at all in the defeat to Croatia. In the knockout stages however, he started all three matches, helping his team to overcome Portugal in the quarter-finals and setting up Philipp Lahm for a 90th-minute winner against Turkey in the semifinal. Germany were defeated 1–0 by Spain in the final, in which Hitzlsperger was substituted in the second half.

Hitzlsperger remained first choice in 2010 World Cup qualifying, playing in all matches save one and scoring a goal, but he missed out on his nation's World Cup squad in June 2010. His international career ended on 11 August 2010 – with his 52nd cap.

Hitzlsperger, the youngest child of Ludwig and Anneliese Hitzlsperger, was born in Munich and grew up in Forstinning, alongside his five brothers and one sister. Hitzlsperger has an interest in economics, and while in England studied investment strategies, although he did not complete the course. He regularly visited the Bank of England to discuss finance with the bank's governor, Mervyn King, a lifelong Aston Villa fan.

Hitzlsperger has blogged for Störungsmelder, an anti-racism site that encourages debate about xenophobia and racism in Germany.

In June 2007, Hitzlsperger split after an eight-year relationship from his longtime girlfriend, Inga, just one month before they were due to get married. On 8 January 2014, he became the highest-profile footballer to come out as gay to date. Hitzlsperger said that he had only realised that he was gay in the past few years.

On 9 April 2011, Hitzlsperger was caught travelling in his Range Rover at 107 mph (172 km/h) on the A14 in Suffolk. On 14 July 2011, he was fined £750 and was given six penalty points on his driving licence by Bury St Edmunds Magistrates' Court. However, he was spared a driving ban as he was at the time unemployed and claimed he needed his car to drive around the country and look for a new club. 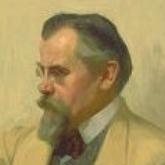