Thomas Godoj (born 6 March 1978 in Rybnik, Poland) is a naturalized German rock-pop singer and songwriter of Polish origin. He was the winner of the fifth season of Deutschland sucht den Superstar, the German version of Pop Idol.

Godoj was born on 6 March 1978 in Rybnik, Poland to Danuta and Eugen Godoj. In 1988, along with his parents and his sister Hannah, he moved to Recklinghausen. Thomas then attended a secondary school and passed his specialty graduation examination for a career as a technical draftsman. He attended the Bochum University of Applied Sciences, specializing in civil engineering. During his studies, he became interested in music and played with local bands such as Cure of Souls, Fluxkompensator, Tonk! and WINK.

In the summer of 2007, Godoj auditioned in Berlin for the fifth season of Deutschland sucht den Superstar. The judges enjoyed his rock style and attitude and each one voted him on to the next round, and later to the top 15. In the first live show, Thomas performed Chasing Cars by Snow Patrol and received over a minutes standing ovation from the audience while the jury gave him overwhelming praise. Week after week, Thomas performed for Germany until he reached the Top 2. Godoj won the final contest with 62.2%.

Although Thomas was a front-runner from the start of the competition, he landed in the bottom groups twice during live result shows. But after the voting results were published, it was shown that Thomas received the highest percentage of votes every week. This places him in DSDS history, along with Mark Medlock, as a contestant with the highest number of votes each week. Technically, he should also rank with Medlock and Alexander Klaws as the only winner never in the bottom 3, as he ranked the highest every week but the bottom group was picked at complete random. He is the second "rocker" to win the competition alongside Tobias Regner.

After the DSDS show he got back together with his ex-girlfriend Jennifer. Their first daughter Lynn Jennifer Godoj was born on 3 January 2009.

The contents of this page are sourced from Wikipedia article. The contents are available under the CC BY-SA 4.0 license.
View Thomas Godoj 's image gallery
Image Gallery 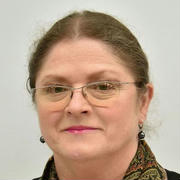